Win a Wildcard winners Bradley Mousley (SA) and Jess Moore (WA) have earned themselves a place in the mixed doubles event at Australian Open 2016. 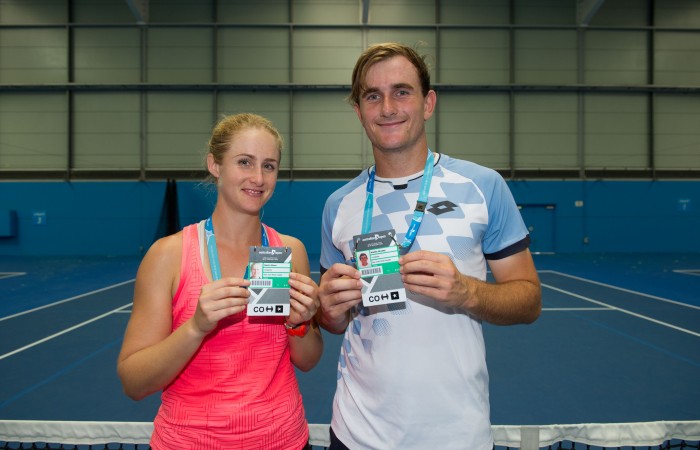 Bradley Mousley (SA) and Jess Moore (WA) have defeated Canberra duo James Frawley and Alison Bai in the Win a Wildcard final on Sunday, earning themselves a place in the mixed doubles event at Australian Open 2016.

The tournament was played in every state and territory in Australia using FAST4 rules (featuring playing lets, no ad scoring, a tiebreak at 3 games all, and first to 4 games wins) with the final a best-of-three FAST4 set format.

Mousley and Moore secured their wildcard with a 4-1 4-0 win.

The pair will receive the full Grand Slam treatment complete with full accreditation, transport and access to all player services.

“It’s an awesome opportunity, and I get to play with Brad, he’s a great guy and he keeps me going on the court. It will be an exciting time in January,” Moore said.

“We are looking forward to getting out there and playing on the big stage, hopefully playing some good tennis, being amongst the top players and hopefully get a win.”

Nineteen-year-old Mousley said he was looking forward to rubbing shoulders with the world’s best tennis players.

“It would be cool playing against some big names, hopefully we can knock off some good people,” Mousley said.

Aussie hopefuls across the country entered the Win a Wildcard competition, designed to encourage tennis players of all ages and abilities to chase their Grand Slam dreams.

Win a Wildcard is proudly supported by Medibank.