Violet Apisah has come from behind to storm into the girls' 16/u Australian Championships final, while it will be a 1 v 2 final in the girls' 12/u event. 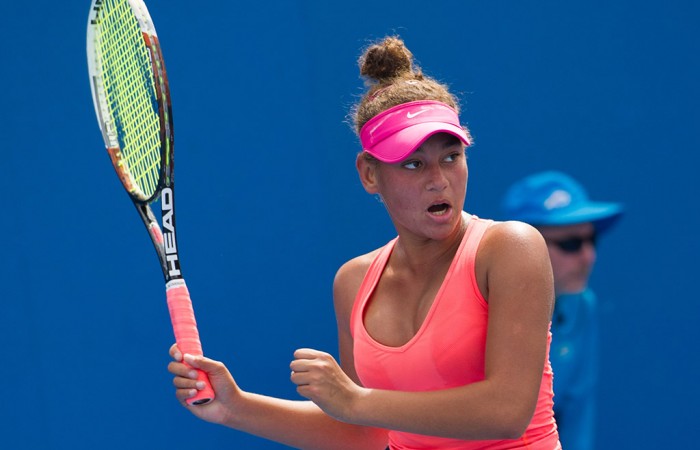 Viole Apisah has reached the final of the girls’ 16/u Australian Championships with a come-from-behind victory over top seed Michaela Haet.

Apisah rallied for a 1-6 6-4 6-3 win to set up a title showdown against No.5 seed Alexandra Bozovic.

In the boys’ event, Moerani Bouzige, seeded third, ended the run of Nathanael Consalvo, who earlier in the tournament upset No.1 seed Kody Pearson.

Bouzige won 6-3 6-4 and will next meet the winner of the second semifinal between No.6 seed Mayez Elrich and Benard Nkomba.

In the 12/u Australian Championships, it will be a No.1 seed v No.2 seed affair in the girls’ final between Lara Walker and Anastasia Berezov.

Top seeded Walker ousted No.3 seed Joy Andreou in the semifinals while in the other semi, No.2 seed Berezov accounted for Maggie Pearce, the ninth seed, 6-4 6-3.

> view the girls’ 12/u Australian Championships

The boys’ 12/u semifinals are still to be completed at Melbourne Park.