Teenager Kaylah Mcphee has blown the women's draw wide open with a straight-sets drubbing of No.1 seed Olivia Rogowska in the first round of the Australian Open 2016 Play-off. 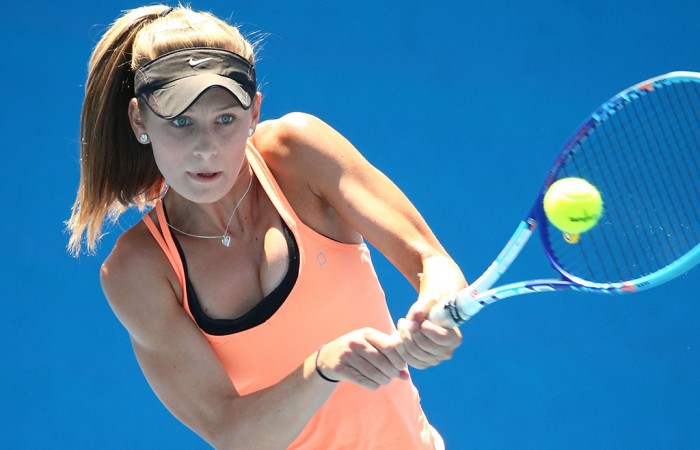 Mcphee, just 17 years of age and devoid of a WTA ranking, was far the far steadier of the two players, winning 6-3 6-2.

She said her formula for success was simple.

“Lately I’ve just been trying to play a solid game, a lot of running, a lot of grinding, spin. I’ve just kind of adapted that kind of game style lately, just making a lot of balls and no unforced errors. And I kind of rely on my serve as well.”

Mcphee reached the quarterfinals of last week’s 18/u Australian Championships, leading eventual finalist Maddison Inglis by a set and 5-2 before going down.

Yet it was nonetheless an encouraging return to form for the Queenslander, who prior to the December Showdown had “no confidence whatsoever”.

“(I was) losing to players I’d never lost to before. It was not good. But after that 18s (tournament) … I’ve kind of realised that I can do a lot better than I have been doing. It’s all mental.

“All you need is a couple of wins just to get your confidence up.”

Facing Rogowska, however, was a far different proposition to fellow juniors.

The Victorian is a former world No.102 and frequent member of Australia’s Fed Cup team, owned 10 career ITF circuit titles and had twice reached the second round of the Australian Open.

Yet on Tuesday, her timing was off and her game was mired in errors.

Rogowska, now ranked 275th, dumped a backhand into the net to surrender serve in the second set, and never recovered from the 3-1 deficit.

“I was just thinking it was such a great opportunity to be out there. To play someone of that calibre was an honour,” Mcphee said.

“I went out confident but I didn’t think I was going to win 3 and 2. It’s probably the biggest win of my career and I’m pretty happy right now. I’m still kind of soaking it in.”

Mcphee revealed that she had been watching motivation videos for athletes on YouTube before her matches, and was reaping the benefits.

She said her focus had improved and that she was now better controlling her anger and stress levels on court.

“Before these wins (during the December Showdown), I’d step out on the court just thinking, gee, I hope I don’t get smashed,” she said.

“I think I’ve just had a complete change in my mental state.”

She will next play either Inglis or No.8 seed Zoe Hives.

Rogowska was not the only seed to exit the women’s tournament on Tuesday.

Fourth seed Alison Bai and No.9 seed Sally Peers were both shown the door, beaten by the younger Belinda Woolcock and Naiktha Bains respectively.