Priscilla Hon captured the 18/u Australian Championships title on Saturday and with it, a main draw wildcard at Australian Open 2016. 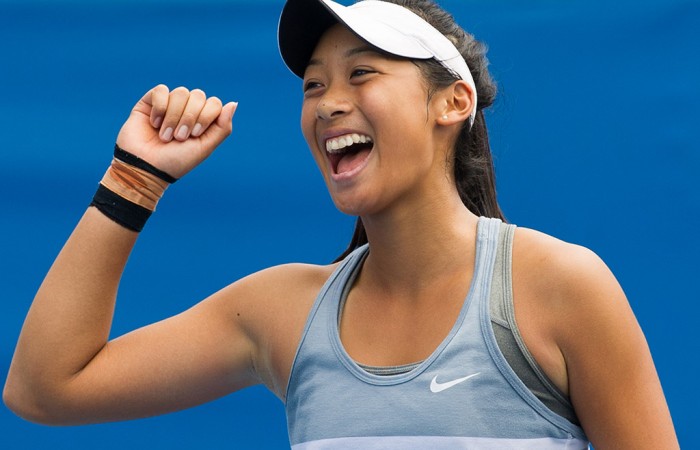 The No.1 seed’s 6-2 7-6(5) victory over the West Australian also secured her a prized wildcard into the main draw of the women’s singles at Australian Open 2016.

An emotional Hon, who saved several match points on Friday in a titanic semifinal against Olivia Tjandramulia, said she couldn’t quite believe what she had achieved.

“After yesterday’s match, I think, first of all, Olivia should be here. I obviously got a second chance and somehow got through that,” she said.

“That’s why I started crying because it kind of just hit me. And it’s hitting me again (laughter). It’s going to be the most amazing experience. I get to play literally the best girls in the world, and just having that opportunity is mind-blowing right now.

“I don’t even know what’s going through my head right now.” 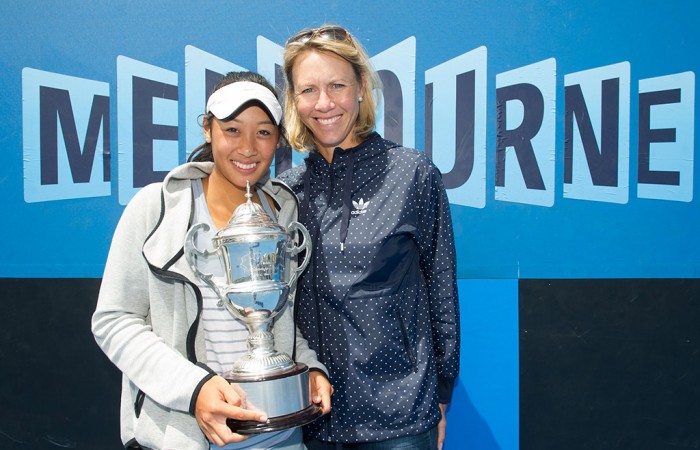 Despite feeling drained and fatigued when she took to the court – “I could feel my eyes weren’t even fully open when I was hitting, and my energy levels were so low. I was just smashing gels and sugar pretty much non stop,” she laughed – Hon nonetheless played clever tennis to out-manoeuvre Inglis, mixing up her shots and forcing errors.

She won the first set comprehensively yet Inglis settled in the second, cutting out her errors and becoming more aggressive from the baseline.

Inglis, competing in her second successive 18/u final, broke serve in the seventh game, only for Hon to break straight back and level it at 4-4.

The set progressed to a tiebreak, where Hon surged ahead 3-1, dropped four points in a row, and then reeled off four points of her own when Inglis dished up a string of errors.

She burst into a wide smile as she clinched victory, both thrilled and relieved to have survived.

“In the second set I started probably pushing it a lot more and I wasn’t aggressive, and she got on top of me. Even though I was changing it up she got used to it I think – I did it a little bit too much,” Hon reflected.

“I think (that was because of) nerves. You know what you need to do, but actually executing is definitely really hard when you’re tight. But that’s what I need to work on, that’s for sure.”

Asked how it was to compete in a match with such a grand prize awaiting the winner, Hon answered: “It was definitely at the back of my head, what was on the line.

“But I was trying to push it out.” 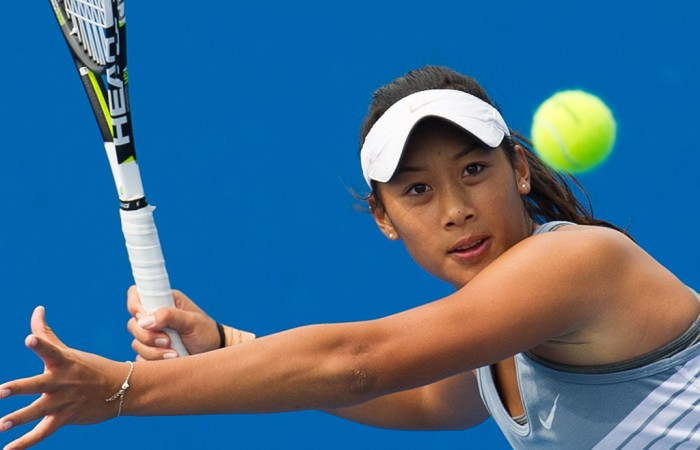