Semis set in 14/u Australian champs

The 14/u Australian Championships is heading to a thrilling conclusion while an impressive quartet of Aussie girls firmed as the favourites for the 18/u title. 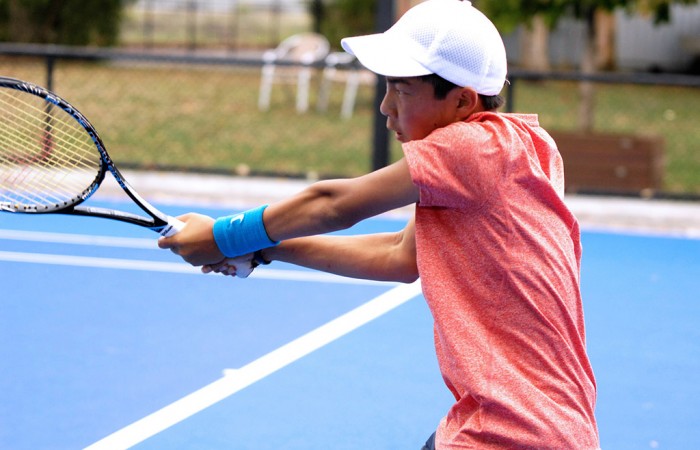 Top seeds Tristan Schoolkate and Amber Marshall have continued their march to the 14/u Australian Championships titles at Melbourne Park on a hot and blustery Tuesday.

Schoolkate sealed a semifinal berth with a three-set win over 12th seed Tom Evans, setting up a meeting with No.10 seed Sebastian Flock.

The other boys’s semifinal will pit third seed Ken Cavrak against eighth seed Rinky Hijikata; Cavrak was the only one of the semifinalists to win in straight sets on Tuesday.

Marshall continued her dominant progress through the girls’s draw, sealing a semifinal place with a 6-2 6-3 victory over Tayla Whitehouse.

She’ll take on Patricia Apisah, after the seventh seed saw off the challenge of Natasha Russell, 7-6(6) 6-3.

In the bottom half of the draw, No.8 seed Annerly Poulos overcame third seed Olivia Gadecki in three sets and will next play second seed Madison Bishop, who lost just three games in beating Tara Gilich, the No.5 seed.

In the 18/u Australian Championships, Priscilla Hon, Maddison Inglis, Sara Tomic and Olivia Tjandramulia established themselves as the leading contenders after moving to the top of their respective round-robin groups on Tuesday.

The quartet have each won their first two pool matches and are well placed to progress to the knockout quarterfinal stage.

Oliver Anderson has firmed as the favourite in the boys’ 18/u draw; the top seed is also undefeated and heads Group A with two wins.

> view the 18/u Australian Championships draws