The lingering effects of concussion have forced Casey Dellacqua to withdraw from the Hopman Cup. 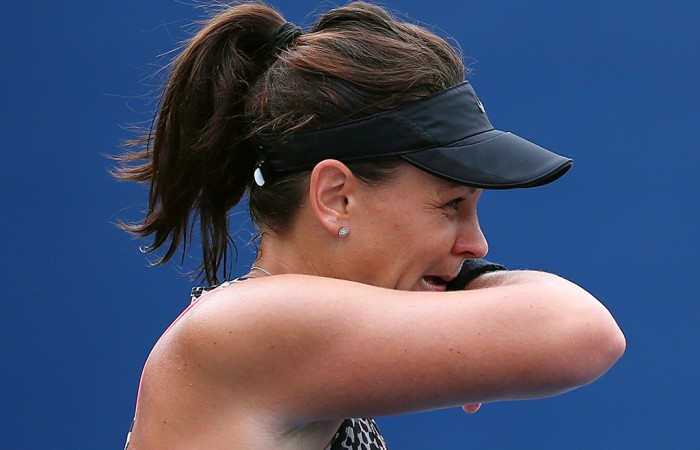 Perth favourite Casey Dellacqua has been forced to withdraw from Hopman Cup 2016 due to injury.

Dellacqua was to partner Lleyton Hewitt for Australia Gold in his last summer on tour. The 30-year-old will be replaced by Jarmila Gajdosova.

“I’m so disappointed I have to withdraw from the Hopman Cup,” Dellacqua, the doubles world No.5 doubles, said.

“It’s an event I really love being a part of, especially playing in front of my home crowd in Perth.

“I was really looking forward to playing with Lleyton in his last Aussie summer campaign but I need more time to recover from the concussion injury I sustained in China in early October.

“I can’t rush my return to tennis and hope to be back on the court soon.

“I wish Lleyton and Jarka the best of luck and look forward to watching them on TV.”

Gajdosova will step in for Dellacqua and makes her second appearance at the Hopman Cup. The former world No.25 and Australian Open mixed doubles champion played the event with Hewitt in 2012.

“I hope Casey feels better very soon. It’s not good to see a fellow Aussie have to withdraw from a tournament because of injury. I hope she has a speedy recovery,” Gajdosova said.

“I’m honoured to play alongside Lleyton. We played the Hopman Cup together in 2012 and I hope we can do our best for the Australia Gold team.”

Paul Kilderry, Hopman Cup Tournament Director added: “We wish Casey the best of luck over the coming weeks and hope she can recover quickly and be back on court in no time.

“We will miss her over the summer and welcome Jarka to the 2016 line-up.”