Australia will field a second team at Hopman Cup 2016 when young guns Daria Gavrilova and Nick Kyrgios team up for Australia Green. 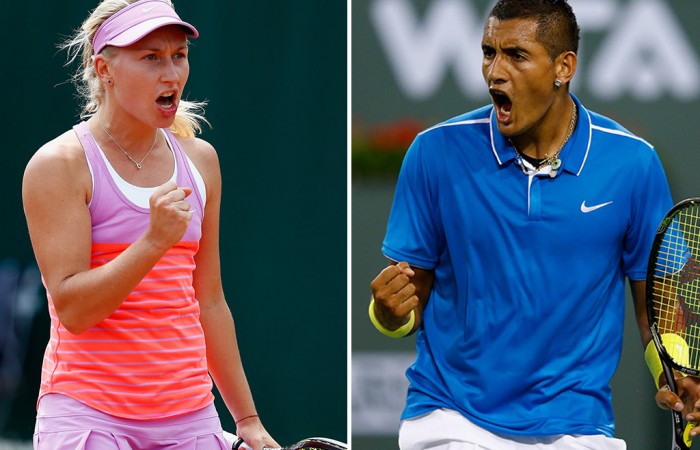 “I really like the diamond trophy, I have my eyes on it.”

The former world No.1 junior reached a career high of 35th in October and finished the year having risen more than 195 spots in the world rankings in 2015.

During that time she posted the biggest wins of her career, scoring three top-10 scalps in Maria Sharapova, Ana Ivanovic and Safarova.

In 2010 Gavrilova won the US Open girls’ singles title and is the ninth junior Grand Slam champion to join the Hopman Cup 2016 field.

When asked about teaming up with Gavrilova, Kyrgios said: “I think we’ll go well. I’ve known her [Daria] for a long, long time. We played juniors together.

“I know she’s a great competitor. She makes a lot of balls which is really good.”

“Daria and Nick are both going to be a big part of the future of Australian tennis and we welcome them both to Perth for the first time,” Kilderry said.

“Daria’s rise up the ranks in the last 12 months indicates her incredible talent and determination to be the best she can be on the tennis court.”

*ranking as of 30 November denoted in brackets