Roger Federer, Marin Cilic, Maria Sharapova, Sam Stosur and Victoria Azarenka are among the Grand Slam champions headed to the Brisbane International in 2016. 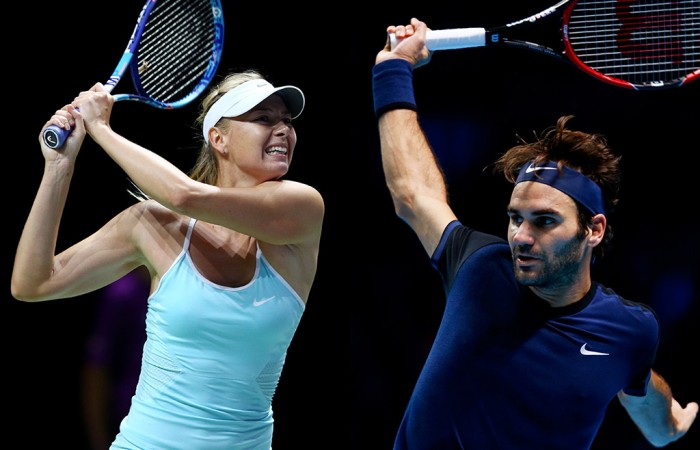 Seven Grand Slam champions will headline Brisbane International 2016 presented by Suncorp in a field that features both legends of the sport and top rising stars.

Eight of the world’s top 20 men and nine of the top 20 women will feature at the event, setting the stage for a blockbuster week of on-court action.

Aussie trio Tomic, Kokkinakis and Sam Groth (Vic) – who on Monday night took out Australia’s top tennis award, the Newcombe Medal, and will enter the 2016 season on the verge of the world’s top 50 – will start as local favourites for the Roy Emerson Trophy when play gets under way at Queensland Tennis Centre on Sunday 3 January.

“We’re really excited by the strength of both the men’s and women’s draws and counting down to what should be a fantastic week of tennis,” he said.

“We’re thrilled to welcome our two defending champions back to Brisbane, who will both have a real fight on their hands to win back-to-back titles. Every year the tournament increases in profile and the calibre of the 2016 field is certainly testament to the players’ regard for the event.

“This summer we’ll also welcome two legends of the sport, John McEnroe and Pat Cash, to contest the inaugural FAST4 legends showdown on women’s final day, just one of the exciting initiatives in store.

“With just under 40 days to go until play starts at Queensland Tennis Centre tickets are in hot demand, and I encourage all fans to book their seats early and join in the excitement of the event.”

“With both defending champions in Roger Federer and Maria Sharapova back in Brisbane alongside another five Grand Slam champions, it’s easy to see why around 100,000 fans flock to this event each year,” Minister Jones said.

“This is a signature event on the It’s Live! in Queensland calendar, supported by Tourism and Events Queensland, and I’m excited to see the world’s best players take to Pat Rafter Arena in 2016.”

Tickets are on sale now through Ticketek. For all tournament information please visit brisbaneinternational.com.au.