Having won 15 of his last 17 matches and currently riding a 10-match winning streak, Ben Mitchell has continued to climb in the ATP rankings. 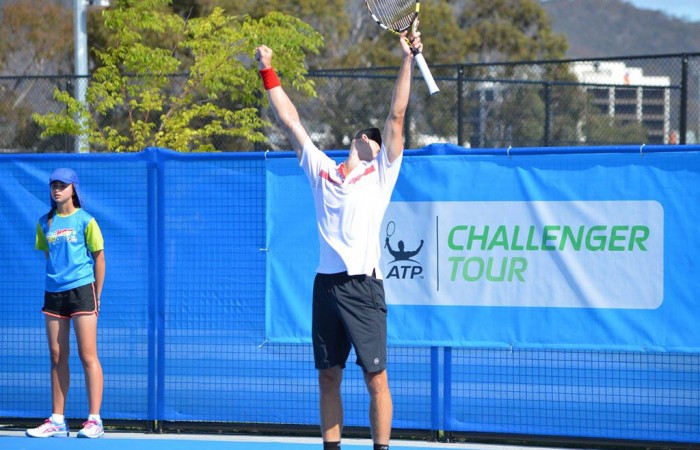 Ben Mitchell has continued his late-season surge up the rankings to come within a whisker of his career-high mark.

The 22-year-old Queenslander rose 29 places to No.220 in the latest ATP rankings.

The improvement comes following his recent victory at the Wollongong Pro Tour event, which was his second straight tournament title after he won his first ever ATP Challenger event in Canberra the previous week.

Mitchell is in the midst of a 10-match winning streak, and has won 15 of his past 17 matches.

Finally some results to show how I've been playing of late. I will finish the year playing the Toyota challenger. Thank you for the support

He is well-positioned to surpass his career-best ranking of No.204 – set in March this year – which would be an impressive achievement given he dipped to 366th as recently as August.