Ben Mitchell's victory at the 2015 Tennis Wollongong International serves as a continuation of the Queenslander's rich vein of form. 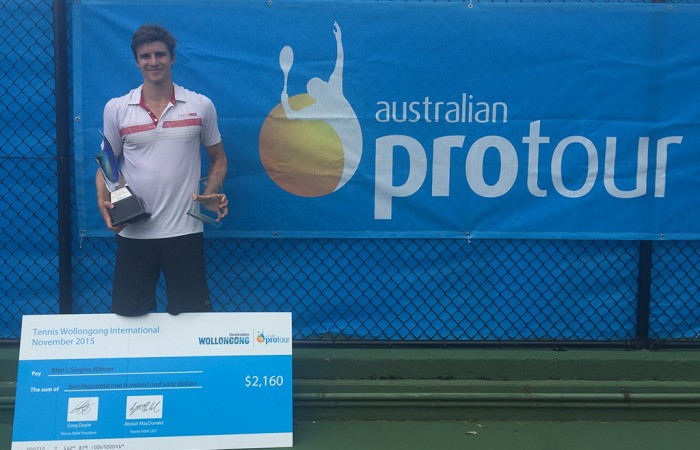 “It feels great,” Mitchell said. “This is my first title without losing a set.”

The win gives the 22-year-old Queenslander his 10th Futures title and caps off a successful fortnight after last week winning his maiden ATP Challenger event in Canberra.

“My strike rate in Futures is pretty high now,” he said. “It’s good to be able to play at this level and really stay focused on my game. I felt like I did a really job of that this week.”

After jumping out of the blocks in the first set, Mitchell was made to work harder in the second, going down an early break to the unseeded world No.628.

However, after saving four break points to level the set at 4-4, he then took advantage of a Fanselow double fault, which handed him an opportunity to serve out the match.

“I won all the important points in the first set, but he hung on tight in the second,” Mitchell said. “I thought I played pretty well at the end.”

As a result of the win, Mitchell will likely see his ranking jump to the low 220’s – nearing his career-best of world No.204, which he achieved in March this year.

While most players will return on Tuesday for main draw action in the second 2015 Tennis Wollongong International, Mitchell has chosen to rest and spend time with his expectant partner Lois Ovett at home before heading to Japan for an ATP Challenger event in Toyota.