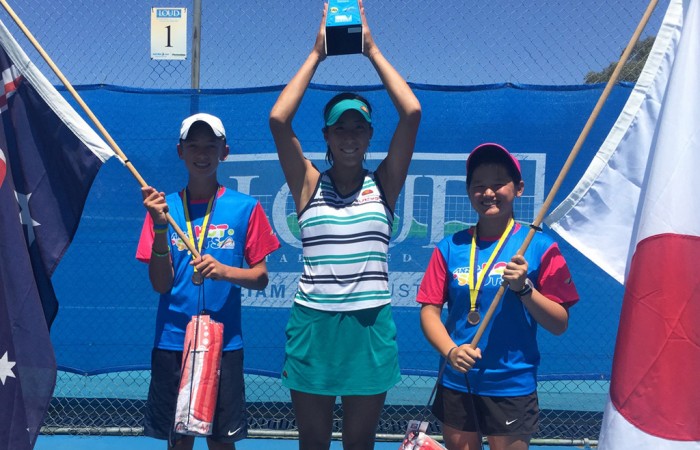 The third seed thanked the support staff in Bendigo saying she was now travelling back to Tokyo to continue trying to improve her ranking. The win this week will see Eguchi move to around world No.158.

“I look forward to coming back to Bendigo to defend my title,” Eguchi added.

The 23-year-old enjoyed a solid tournament, which included coming back from a one-set deficit to overpower last week’s Canberra titlist and in-form American Asia Muhammad in Saturday’s semifinal.

Kuwata was also tested in her semifinal, needing three sets to defeat the last remaining Australian in the draw, Tammi Patterson.

After dropping the first set, the Victorian qualifier pushed Kuwata to the limit, taking the second in a canter before slightly fading at the finish to hand over the match 7-5 1-6 6-3 in just under two hours.

The doubles final featured Kuwata again, as she formed the tournament’s top-seeded pair with Russian Natela Dzalamidze. However, they did not have enough firepower for third-seeded American duo Muhammad and Lauren Embree, who proved too strong, winning 7-5 6-3.