Aussie qualifier Tammy Patterson has dominated the William Loud Bendigo International's top seed to book her place in the semifinals. 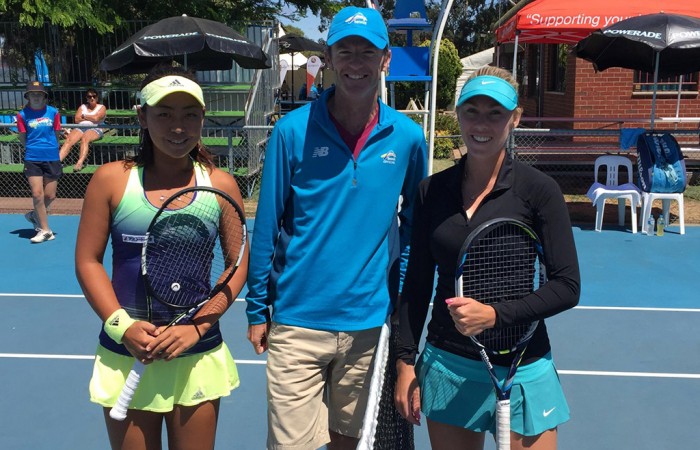 Tammi Patterson has continued her impressive form at the 2015 William Loud Bendigo International, overwhelming the tournament’s No.1 seed and reigning champion Eri Hozumi.

The qualifier trounced Hozumi 6-2 6-0 to reach the semifinals.

“It all happened so quickly,” said a clearly delighted Patterson. “But I’m not complaining!”

A finalist at the 2013 event, 25-year-old Patterson is now looking for the ultimate success in Bendigo.

“I’ve always done well here, so that helps,” she said. “If I can go one further, that would be great.”

The Sydney-born Victorian has already enjoyed success against the top seeds on the Australian Pro Tour this year, racking up wins against Jessica Moore (Tweed Heads) and Hozumi (Cairns).

Patterson’s previous experience against her Japanese opponent stood her in good stead on Friday as she claimed victory in just 42 minutes, winning 84 percent of points on her first serve.

“I guess when you’ve beaten someone before you have that little bit more confidence,” Patterson said. “There were obviously a few things that I remembered from that match.”

“I guess I just didn’t let her do anything to hurt me today.”

Patterson felt the windy conditions also played a role. “I just focused on my footwork and trying to get into the best position I could,” she said.

Patterson, the last remaining Australian in the draw, now faces another Japanese player, this time in the form of fifth seed Hiroko Kuwata, a 6-0 6-4 winner over China’s Zhang Yuxuan.

“I will have played three Japanese girls now,” Patterson said. “They have similar styles and I do like playing against them. I think where the ball bounces is right in my hitting zone.”

“They are all tough competitors though.”