In the lead-up to his debut appearance at the elite ATP World Tour Finals, Aussie doubles star John Peers blogs from London about preparing for the season-ending event. 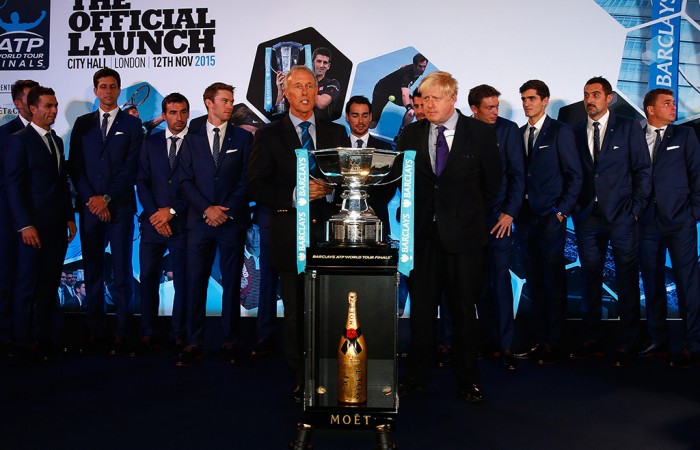 After an excellent year on the doubles circuit in 2015, Australia’s John Peers has qualified for the elite eight-team doubles field at next week’s ATP World Tour Finals in London. This week, he takes us behind the scenes as he prepares for the prestigious event at the O2 Arena, where he will partner Scot Jamie Murray.

Over the past couple of days, we have been able to get onsite at the O2 Arena. This is an experience in itself, and so was the way we got there.

To make life easier for the players, we take a boat straight from our hotel right up to the O2 arena. This is a far deal better than battling the dreaded London traffic. A trip that could take over an hour by car we are doing in 30-35 minutes on the water.

Once getting off the boat, we get a car to the player’s entrance of the building. The venue is such an amazing stage to host the World Tour Finals. Seeing the arena go into tennis mode is something to behold.

My impression so far of the set up is that it couldn’t be more impressive. Everything is taken care of for the players. Anything we need, the tournament provides. Unlike most tournaments, the players get their own locker rooms. The singles guys get looked after the most with their own individual rooms, while the doubles guys share a locker room with two other pairs. This is great as it allows us to spread out and not have the locker rooms overcrowded.

After hitting on site today we had the draw ceremony which was a fun event to be a part of. It’s not every day where we get to dress up in our finest suits. We were lucky enough that Ted Baker dressed all the guys from head to toe.

The ceremony was held at City Hall where the Mayor of London was awaiting our arrival to help with the draw ceremony. Once all the players arrived, we were taken away to wait in one of the side rooms, where all the singles and doubles guys got a chance to interact and share a bit of banter. It was a fun occasion with everyone relaxed and looking forward to the tournament.

This event so far seems amazing. Everyone is excited to be here and ready for the event to start. Sometimes it seems like a scene out of the Entourage movie with everyone having their people around them, but what I like the most is we all get a chance to interact with each others more than normal.

In the green room with my fellow doubles comrades getting ready for the official launch @atpworldtour #finalshowdown pic.twitter.com/3rINa54SVW

There are fewer guys on site and just more space for everyone to relax. Everyone is getting on with what they need to do but it’s amazing the space we all have. I have been told by the guys involved with this event in the past that it’s the best tournament I will ever play and without playing a match I am already starting to understand why.

The build-up for this event is something I don’t normally get to see. It’s a real eye-opener into what the top singles guys go through all the time, with media commitments and all the extra bits and pieces they are required to do in the lead up. I’m really savouring every moment and making the most of the opportunity.

The build-up in London is starting to get a buzz about the event. There is a lot of media attention and promotion all around. It is defiantly a showcase of the world’s best both on and off the court. To be a part of this event is a great honour. In the same context it makes me want to work harder and harder to improve and become the best I can be.

I can’t wait to play with Jamie in London again. The crowd support we had at Wimbledon this year was great, but I have a feeling that the fans will be even louder and more supportive this time around. It’s such an exciting prospect and one I am looking forward to embracing.

The draw ceremony enabled us to find out our match schedule and who is in our pool. Jamie and myself have the Bryan brothers, Bolelli/Fognini and Bopanna/Mergea. While it’s certainly a tough group we are confident we can take it to all the teams.

We open the proceedings on Sunday at 12 noon (London time) against the Italian pair of Bolelli and Fognini.

It will be the tournament’s first match and I can’t wait for it all to begin.

Keep visiting tennis.com.au to follow Peers’ progress as he competes in one of the most important events on the men’s tennis calendar.