Bernard Tomic's season may have come to an end, but not before he gave Stan Wawrinka a scare at the ATP Paris Masters. 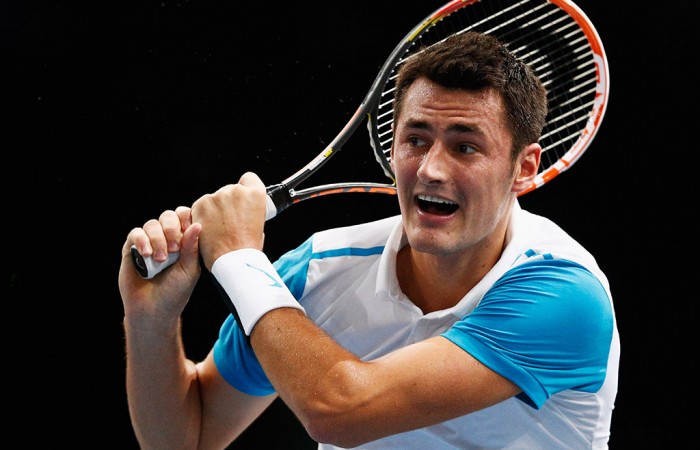 Bernard Tomic has exited the Paris Masters, going down 6-3 7-6(6) to French Open champion Stan Wawrinka in the second round.

Tomic was well placed to take the second set when he led 5-2 in the tiebreak but was unable to close it out against the world No.4.

“I was not in a good position, that’s for sure,” said Wawrinka, who is bidding to become the first player to win the French Open and the Paris Masters in the same year since Andre Agassi in 1999.

“I played one good point, aggressive, then he missed an easy forehand, and you’re back.”

“Tiebreak was pretty good – I was leading but I kind of screwed it up. So I think overall second set was pretty good, but the first set wasn’t that good for me.”

The Paris Masters is the last tournament before the season-ending ATP World Tour finals, which will be played between the eight best players of the season on 15-22 November in London.