Tennis Australia’s Win a Wildcard competition, which awards one lucky pair a wildcard entry into the Australian Open mixed doubles draw, is set to return in 2015. 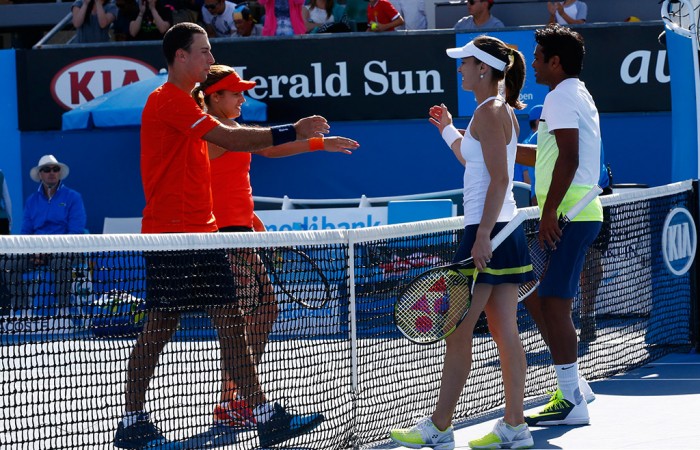 What do Novak Djokovic, Ana Ivanovic, Martina Hingis, Sam Stosur and Nick Kyrgios have in common?

They’ve all played mixed doubles at the Australian Open, and now every tennis fan has the chance to add their name to that elite roll call.

Tennis Australia’s Win a Wildcard competition, which awards one lucky pair a wildcard entry into the Australian Open mixed doubles draw, is set to return in 2015.

Aussie hopefuls across the country will pick up a racquet in November and December to take part in one of eight qualifying tournaments in every state and territory.

Tennis fans aged 16 years and over are invited to take part, with three competition grades suited to all abilities.

The winning pair in the top grade at each venue will be invited to Melbourne Park in December to contest the national finals.

The ultimate winners will be awarded a coveted Australian Open mixed doubles wildcard, and in January will receive the full Grand Slam treatment including tournament accreditation, transport and access to all player services.

Thompson and Jovanovic agreed their Grand Slam debut was an unforgettable experience.

“It was incredible, a once-in-a-lifetime opportunity for both of us. I don’t know how else to describe it,” Thompson said.

“You can’t describe it in words, it’s just something you have to experience for yourself. It’s pretty remarkable, it’s every tennis fan’s dream to be on court at the Australian Open and it was just amazing,” Jovanovic added.

“Grand Slam dreams became a reality for Sam and Masa in January and it was fantastic to watch their Australian Open journey unfold on Show Court 3 against Martina and Leander, two legends of the game,” he said.

“To have the chance to walk through the halls of Melbourne Park with the greatest players in the world and to train alongside them is a once-in-a-lifetime opportunity, and it’s exciting to have that experience up for grabs again next year.

“Whether you’re a beginner, a midweek social player or a club-level pro, get involved in the Win a Wildcard competition. Who knows, you might just surprise yourself.”

A full list of qualifying tournament venues and dates is listed below. Entry is $10 per person.

Please visit tennis.com.au/win-a-wildcard for more details. Stay up to date with the latest news on Twitter #winawildcard and Facebook.