Casey Dellacqua has withdrawn from the doubles championship at the WTA Finals. 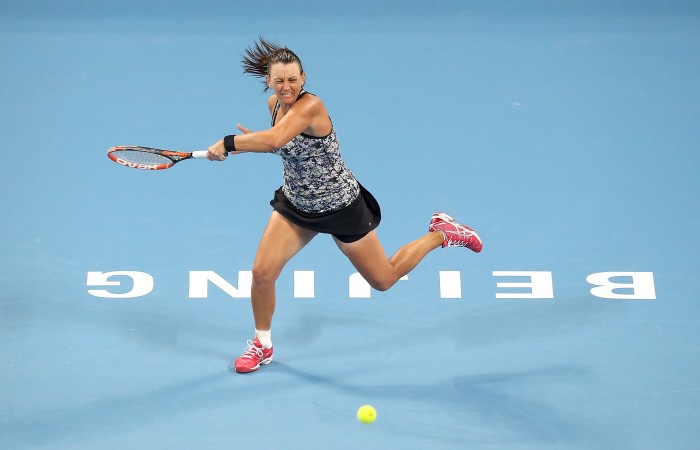 Casey Dellacqua has been forced to withdraw from the doubles championship at the WTA Finals in Singapore starting on Sunday.

Dellacqua continues to recover from concussion suffered at the China Open earlier this month.

“Two weeks ago in Beijing I had a heavy fall on court and suffered a blow to the back of the head resulting in concussion and whiplash injuries,” Dellacqua said.

“After spending a night in the hospital in Beijing and having to stay there for a few extra days, I was able to fly home.

“Since then I have been doing my absolute best to get myself ready for the WTA Finals in Singapore which I have been so excited about since we qualified after the US Open.

“Unfortunately I am not fully recovered and I have to withdraw from Singapore.

“My health is my priority. I am absolutely devastated and I am so sorry to my partner Yaroslava Shvedova as I know we deserved our spot in Singapore and have been one of the best doubles teams this year.

“I wish all the other doubles teams in Singapore all the very best and hope the tournament is a great success for the organisers and especially the fans.

“I will eventually be ok but for now it’s time for me to rest and recover both my body and mind and to spend some time with my family.

“I appreciate everyone’s support,” she continued.

The Spanish team of Carla Suárez Navarro and Garbiñe Muguruza replace Dellacqua and Yaroslava Shvedova (KAZ) in the doubles draw. The tournament features the world’s top eight doubles teams, taking place from 25 October to 1 November at the Singapore Sports Hub.