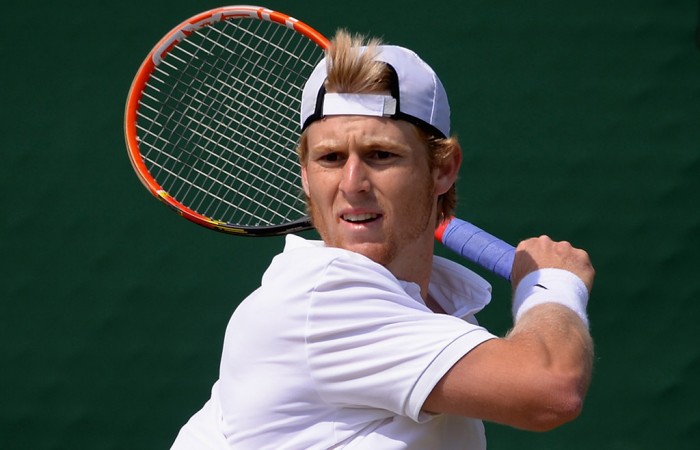 Saville faces Japan’s Ryota Tanuma in the opening round and looks set for a clash against fellow South Australian Alex Bolt in the final four.

However, Chris O’Connell lurks dangerously in Bolt’s section of the draw and he is capable of causing the third seed some headaches.

Saville may need to overcome Maverick Banes en route to booking his semifinal berth; the sixth seed finds himself in an intriguing first-up encounter against 15-year-old fellow Queenslander Alexander Crnokrak, who has been granted a wildcard.

Two international players stand out in the bottom section of the draw. Czech Robin Stanek is in career-best form with two titles – in Alice Springs and Toowoomba – already under his belt since landing in Australia.

It will take fourth seed Gavin van Peperzeel’s best tennis to stop him in a potential semifinal showdown, but the Brisbane local will no doubt have the crowd in his corner.

If second seed Zhe Li continues the consistently high level of tennis he has been producing of late, he will be a difficult man to overcome, but fifth seed Ben Mitchell may have what it takes if the two face off in a quarterfinal.

Mitchell, a late entrant in Brisbane, needed to make his way through qualifying, and will now meet Akira Santillan first up in the main draw. The Japanese teenager will be looking to back up his impressive quarterfinal appearance in Toowoomba last week.

Japan’s Eri Hozumi enters Brisbane as the top seed in the women’s event where she faces American Lauren Embree in the first round before a potential quarterfinal rematch with Swede Susanne Celik.

The eighth-seeded Celik ousted Hozumi at the semifinal stage last week in Toowoomba.

The highest-ranked Australian is seventh seed Jessica Moore, who takes on local wildcard Naiktha Bains before heading towards a potential semifinal with Hozumi, who defeated her last week in Toowoomba in the quarters.

Australian interest also lies in the duel for a last 16 spot between rising teenagers Destanee Aiava and Maddison Inglis, who both successfully qualified.

Second seed Cindy Burger will be looking to improve on her semifinal loss in Toowoomba against Japanese fourth seed Misa Eguchi, the eventual champion. The Dutchwoman may get her opportunity if each can once again reach the last four.