Sam Stosur's impressive run in Hong Kong has come to an end in the semifinals at the hands of the in-form Angelique Kerber. 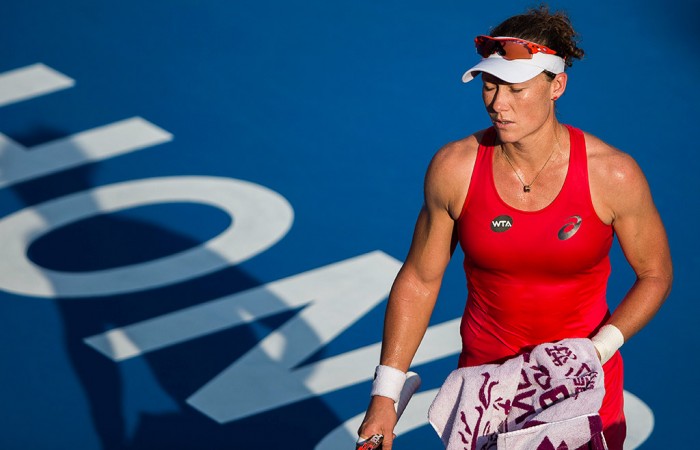 Australian fifth seed Sam Stosur has fallen to world No.10 Angelique Kerber in the semifinals of the Hong Kong Open.

The second-seeded German easily accounted for Stosur on Saturday with a 6-2 6-2 victory.

Kerber saved seven of eight break points during a one-sided match, with the Australian managing only a 57 per cent first-serve rate and winning just 44 per cent of points from her first serve.

Up until the semifinals, Stosur had performed strongly in Hong Kong, after suffering early exits in Tokyo, Wuhan and Beijing.

Kerber has moved to within one win of cementing her place in the season-ending WTA Finals in Singapore.

She can ensure she is part of the elite eight-player event if she wins the Hong Kong Open.

Kerber is chasing her fifth WTA singles title this year after victories in Charleston, Stuttgart, Birmingham and Stanford.

In a semifinal lasting two hours and four minutes, Jankovic has saved multiple break points in a tight 6-4 7-5 victory and will face Kerber in the decider.