A comfortable victory for Sam Stosur in Hong Kong on Tuesday has set up a second-round meeting with Monica Puig. Daria Gavrilova also won. 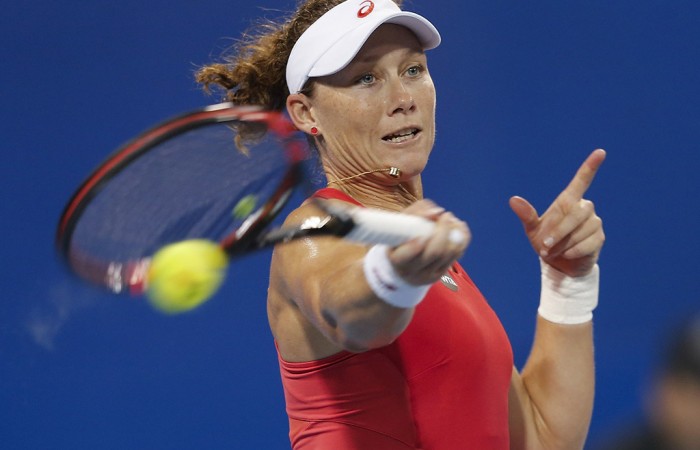 Sam Stosur cruised to an easy straight-sets victory on Tuesday in her opening match at the Hong Kong Open.

Stosur will face Monica Puig of Puerto Rico in the second round.

She owns a 3-0 winning record over Puig, having not dropped a set in any of those matches. They last played in Strasbourg in May, a match Stosur won 6-0 6-3.

Stosur joins fellow Aussies Daria Gavrilova and Anastasia Rodionova in the second round in Hong Kong.

She will next play Spaniard Lara Arruabarrena.

Rodionova will now line up against No.4 seed Jelena Jankovic.