Another win - highlighted by another thrilling trick shot - has sent Nick Kyrgios through to the quarterfinals of the Rakuten Japan Open Tennis Championships. 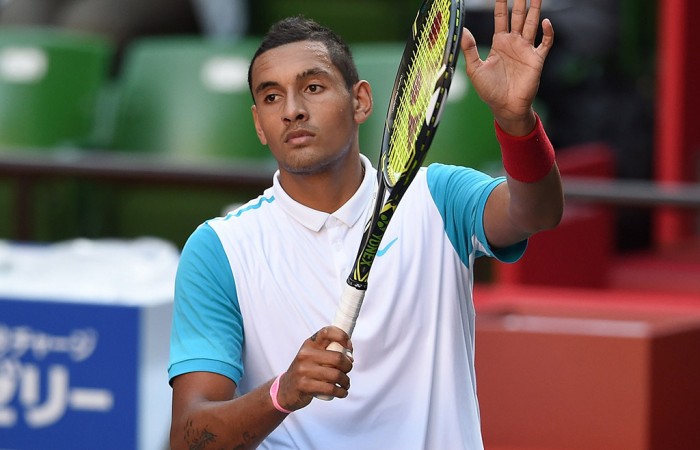 Nick Kyrgios’ strong late-season form has continued, with the Australian moving into the quarterfinals of the Japan Open via a comfortable straight sets win over Spaniard Roberto Bautista Agut.

There may have been a rankings gap between the two players – Bautista Agut at world No.22, 12 spots above Kyrgios, but the two-time Grand Slam quarterfinalist made light work of the encounter, winning 6-4 6-2 in just 56 minutes.

The highlight of the match was Kyrgios’ between-the-legs half volley to secure a break at the start of the second set.

“I guess I’ve been doing it all of my short career,” he said.

“I love entertaining the crowd and I hope to put on a show again tomorrow.”