Nick Kyrgios didn't have his serve broken but still fell just short of qualifying for a second ATP decider, downed by Feliciano Lopez in Kuala Lumpur. 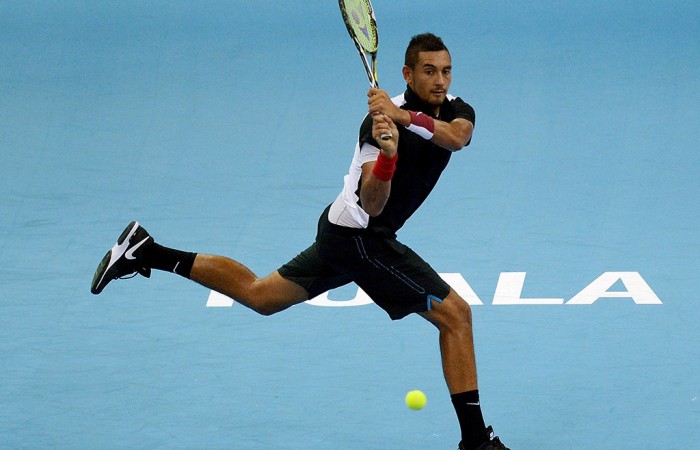 Nick Kyrgios didn’t have his serve broken but still fell just short of qualifying for a second ATP decider after losing to Spanish veteran Feliciano Lopez in the semifinals of the Malaysian Open.

Kyrgios fell to the second seed 7-6(2) 7-6(5) in a tight encounter, Lopez lifting his level in both tiebreaks to progress to the decider against Spaniard David Ferrer.

The Canberran hammered 13 aces but struggled with the Spaniard’s deft dropshots and volleys.

“I was looking good today, but he came up with some ridiculous volleys today and you have to appreciate something like that,” said Kyrgios, who applauded some of Lopez’s return winners on court.

“It was a great game of tennis and he did enough to come away with the win.”

Kyrgios made the quarterfinals at Wimbledon and the Australian Open earlier this year.

And having lost in the first round here last year the 20-year-old will enjoy a handy rankings boost after making the last four.

“I want to get into the top 32. That’s my goal. I’m not the biggest goal-setter but I’m happy with my performance,” he said.

His career-high ranking is 25th, reached earlier this year.

“I’ll just have to get back up and keep competing again,” he said.

Kyrgios lost his only ATP final to Richard Gasquet on clay at the Estoril Open in Portugal back in May.