Nick Kyrgios wasted little time on court at the ATP Malaysian Open, romping through to the last eight with a straight-sets win over Tatsuma Ito. 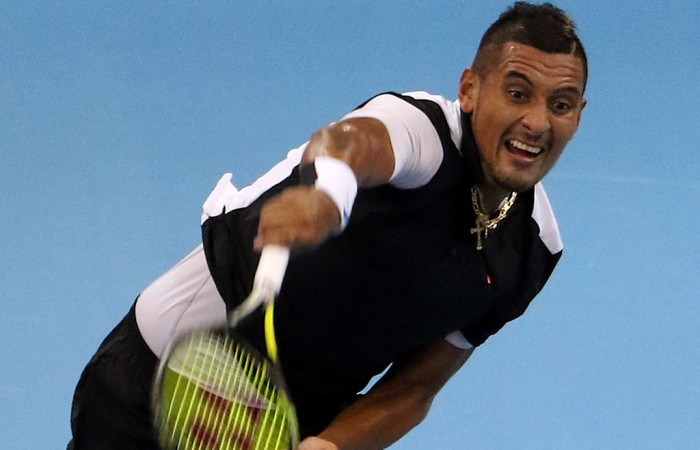 Nick Kyrgios has moved through to the quarterfinals of the Malaysian Open with a decisive victory over Japan’s Tatsuma Ito.

The Australian won 6-3 6-2 in just 55 minutes to advance to his first ATP quarterfinal in five months.

There he will meet No.3 seed Ivo Karlovic, who overcame Georgia’a Nikoloz Basilashvili in three sets.

Kyrgios capped his victory over Ito with 12 aces and saved both break points he faced.

He will face Karlovic on Friday; he admitted he faces a tough test but said he’s satisfied with how he’s playing.

“I came out strongly and I was comfortable throughout the game,” Kyrgios said.

“I know I will get chances and I have to take them.”