Kyrgios through to second round of Malaysian Open 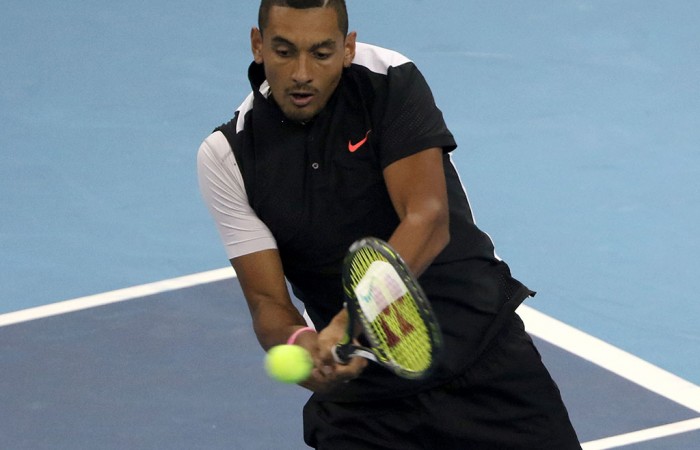 Nick Kyrgios needed just 40 minutes on court to reach the second round of the Malaysian Open as Colombian opponent Santiago Giraldo retired with an illness, trailing 6-1 2-1.

The victory on Monday, highlighted by six aces off the racket of the seventh seed from Australia, was one of only two main draw matches played on opening day.

Kyrgios will now play either Tatsuma Ito or Finn Jarkko Nieminen in the second round.

Kyrgios, whose mother is Malaysian, is a fan favourite in Kuala Lumpur. “It’s definitely a special tournament not only for me, but also my mum,” said Kyrgios, who is accompanied by her.

“I also have a lot of relatives in Malaysia so there is added pressure for me to do well. But I enjoyed playing in KL last year and felt really comfortable. I think I can do well in Malaysia.

“The courts (surface) are perfect, they are quite similar to the Australian Open and I think it suits my game a lot.”