After his win over Dan Evans on Friday, Bernard Tomic has secured his place inside the world's top 20 for the first time 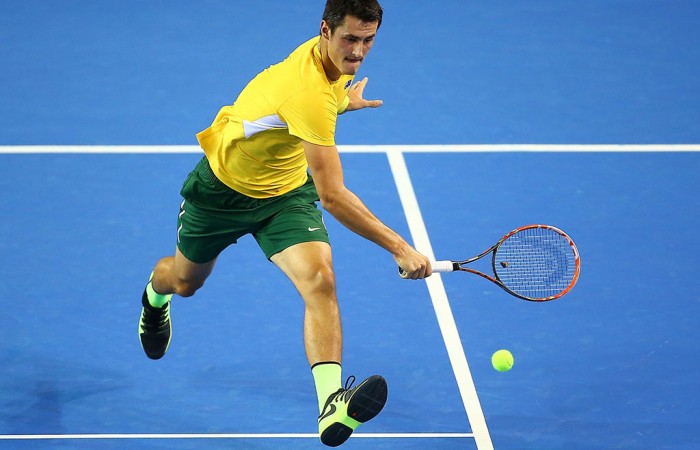 Australia may have lost in the Davis Cup semi-final, but Bernard Tomic’s first-day victory over Dan Evans in Glasgow was enough to vault the 22-year-old into the world’s top 20 for the first time in his career.

“This is what you play tennis for, to achieve goals in life,” Tomic told AAP.

“From where I started the year at 70 in the world and defending Sydney, that was very big for me and now to be in the top 20 in the world, I’m very happy.”

He is also the first Australian since Lleyton Hewitt five years ago to crack the top 20 in the men’s rankings.

The Queenslander now has the distinction of being the youngest player in the world’s top 20 in a power-game era where the sport’s stars don’t peak until their late 20s.

“It’s not easy now with the players we have,” Tomic said.

“To be at the highest level, the top five, top 10 is not easy. I have to use these moments and appreciate them.

“But over the last two months of the year I have to go for it and try to push to the top 15.”