Following their run to the final of the US Open, Casey Dellacqua and Yaroslava Shvedova have sealed a spot at the WTA Finals in Singapore 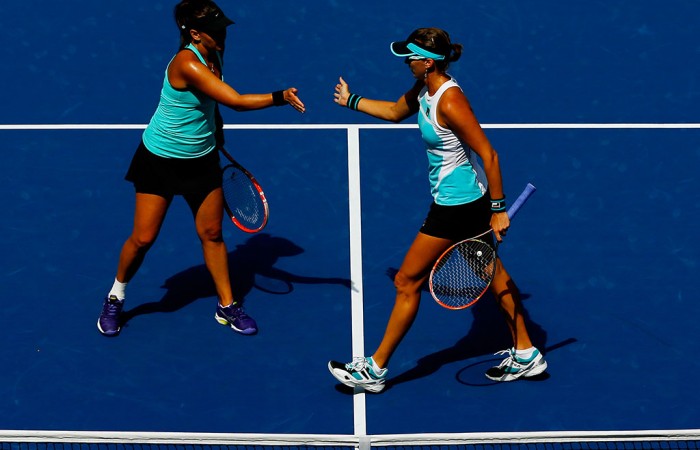 Following their stellar run to the US Open final, Casey Dellacqua and Kazakhstan’s Yaroslava Shvedova have confirmed their place at the BNP Paribas WTA Finals Singapore.

It will be Dellacqua’s first visit to the WTA Finals, while Shvedova will be competing in her third end-of-season championships.

Dellacqua and Shvedova teamed up at the beginning of the year, and have been blazing a trail through WTA and Grand Slam draws ever since. They claimed their maiden title as a team at the Mutua Madrid Open, and went on to reach the final at the US Open, Roland Garros and Cincinnati.

The pair are the third team (of eight) to qualify for the WTA’s season ending Championships. They will be joined in Singapore by Martina Hingis and Sania Mirza – who defeated the pair in the final of Flushing Meadows – Bethanie Mattek-Sands and Lucie Safarova, and Elena Vesnina and Ekaterina Makarova.

“Casey and Yaroslava are a new dynamic team fans will love to watch. I look forward to fans enthusiastically welcoming them to Singapore,” said Stacey Allaster, WTA Cairman and CEO.

The WTA Finals will take place in Singapore from October 25 – November 1 2015.