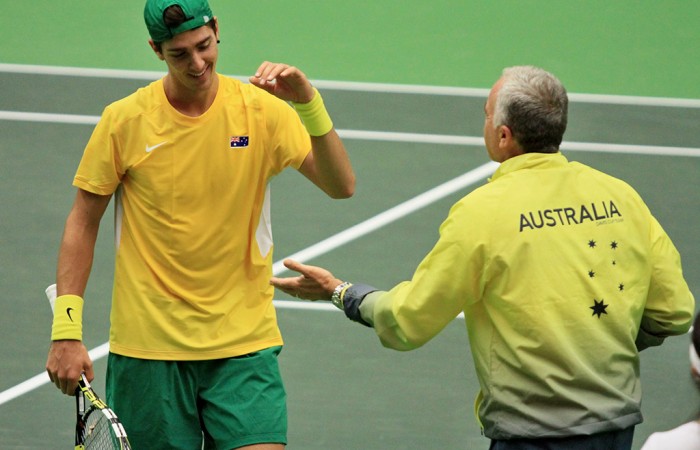 Great Britain’s Andy Murray may be the favourite going into his rubbers at this weekend’s Davis Cup in Glasgow, but captain Wally Masur is backing his team to make life hard for the Scot.

The world No.3 almost single-handedly secured Great Britain a berth in the semifinals, scoring three successive wins against France at Queens Club, UK. And after his earliest Grand Slam exit in five years at the US Open, Murray is expected to be fresh for the tie.

But Australian captain Wally Masur is hoping his charges can drag the British linchpin into a war of attrition.

“I’d like to think that we’re not going in with that attitude that he’s absolutely unbeatable,” Masur told AAP.

“Quite often when they lose, there’s a bit of an accumulative approach to it all.

“Andy was beaten by Kevin Anderson in New York but maybe there’s a little bit of an argument that the four sets against Nick and the five sets against Adrian Mannarino led to that defeat to Kevin.

“Of course Kevin played brilliantly and I’m not taking anything away from Kevin, but I think we need to adopt that attitude.

“We can’t just tick it off as a point to Andy. We’ve got to try to take a little bit out of him, no question about it,” Masur said.

“We’ve got to be as competitive as we can possibly be and we’ve got to turn it into a physical contest over the three days.”