John Peers and Jamie Murray went down at the final hurdle of the US Open to an inspired French pairing on Saturday but look to have booked their ticket to the World Tour Finals. 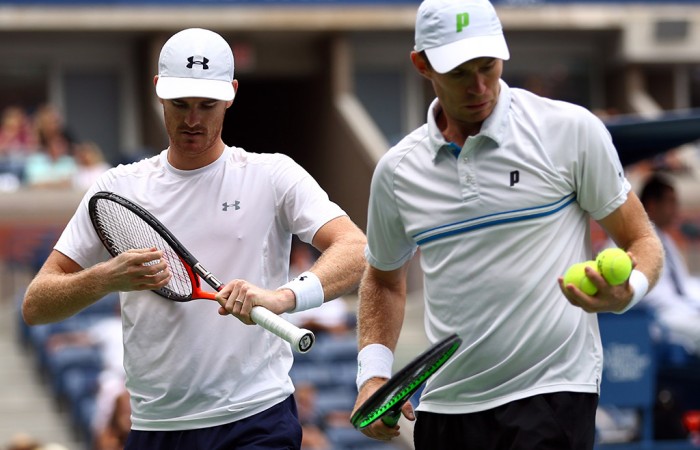 Update 5.30am: Australian John Peers and Scot Jamie Murray have gone down to the inspired combination of Pierre-Hugues Herbert and Nicolas Mahut in the US Open men’s doubles final.

The 12th-seeded Frenchmen combined brilliantly to emerge 6-4 6-4 winners and claim their first Grand Slam doubles title as a team.

Not many better championship points than that. Mahut & Herbert win US Open dubs. Murray & Peers looking good for the O2 at 4th in the race.

Peers and Murray were gunning for the same, but fell in a major final for the second straight tournament after also reaching the same stage at Wimbledon.

Herbert and Mahut were also contesting their second major final, having done so earlier in 2015 at the Australian Open.

In the first set, the Frenchmen looked the stronger, holding serve with ease while Peers struggled on serve, facing break points in the second and sixth games.

Although he and Murray staved them off, they couldn’t manage to do so in the 10th game.

With Peers serving again, the 12th seeds raced ahead 0-40 after coming out on top of a rapid-fire exchange at net, and broke to love – to seal the first set – when Murray sent a volley long.

Games progressed on serve until the final game of the match, when Murray stepped up to the line in an attempt to keep his team in the contest.

But Herbert and Mahut were rock solid, and when championship point arrived, they came out on top of the most thrilling point of the match when Herbert split Peers and Murray down the middle with a reflex volley winner.

“I thought Herbert served very well. Didn’t really get much of a sniff on his serve. I didn’t really read his serve particularly well,” Murray said.

“I thought we had chances on Mahut’s serve; we didn’t take them. I mean, I hardly lost points serving to Mahut. I don’t think John did really either.

“Herbert had a few great shots at the right time. I thought that was it.”

Despite the loss, the Aussie and the Scot look bound for London’s World Tour Finals in November.

Their latest performance is expected to boost them to fourth in the standings for one of the coveted eight places at the season-ending championship.

“Hurts a bit, but we had a good year. Second final we made in a slam, back to back finals,” Peers said.

“Hopefully that puts us close to the O2, which is what our goal was at the start of the year. Jamie will look toward Davis Cup, and then I will start trying to building towards the O2 and Asian swing coming up next.

“So you’ve got to take the positives from it, even though it hurts now. Gives you a bit more hunger to go forward and keep working hard.” 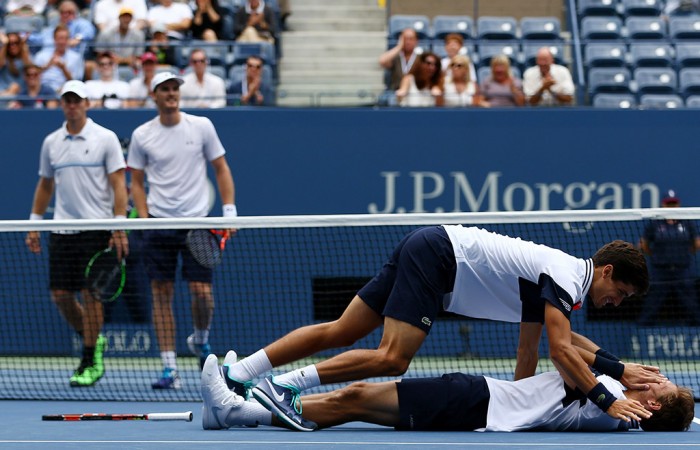