Dylan Alcott has stormed into the US Open wheelchair quads singles final and will attempt to exact revenge on David Wagner in Sunday's decider. 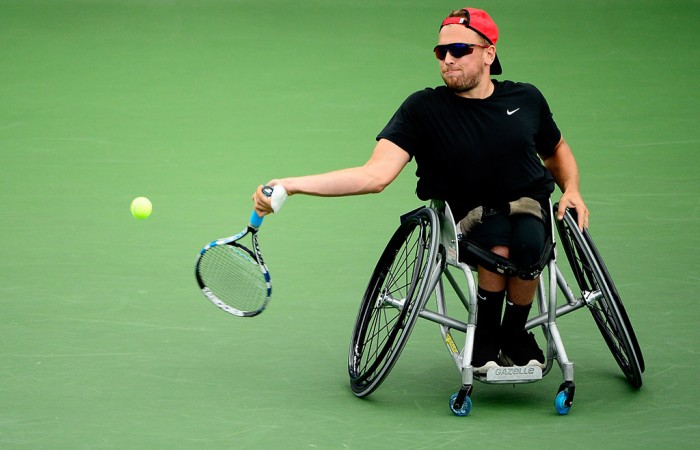 A commanding win on Saturday has propelled Australian Dylan Alcott into the final of the US Open wheelchair quad singles event.

The world No.1 brushed aside American Nicholas Taylor 6-1 6-2 to take his place in the final against another American, David Wagner.

Wagner earlier in the week beat Alcott in straight sets during the round robin stage of the event.

Alcott will attempt to exact revenge for that result when he takes to the court on Sunday for the decider.

The Aussie, although trailing the head-to-head 8-11, has won five of his past six matches against Wagner, wresting the top ranking away from the American in the process.