Expecting to be enjoying her wedding this weekend, Yaroslava Shvedova has had to delay her special day as she and Casey Dellacqua go for glory in New York. 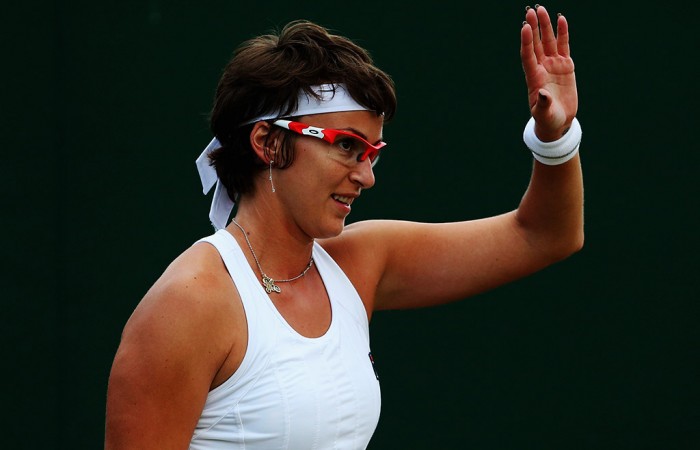 Dellacqua revealed Shvedova had planned to get married at home in Kazakhstan on Saturday, but the pair will take on world No.1s Martina Hingis and Sania Mirza in the US Open final in New York instead.

“Slava was supposed to get married tomorrow, so she didn’t have much faith in us to make the final,” Dellacqua joked after the dynamic duo recovered from a set down to beat German Ana-Lena Groenefeld and American Coco Vandeweghe 6-7(3) 7-5 7-5 in Friday’s semifinals.

> Doubles delight: Dellacqua and Shvedova into US Open final

Saturday is also Shvedova’s 28th birthday, but all celebrations are on hold until she and Dellacqua win the Open.

“I sent my fiance home to prepare everything but now I think he’s happy because he’s had his second night of bachelor partying and I think there’s going to be a third night as well,” Shvedova said.

“It’s my birthday too and it was the day we met so it was going to be a good day.

“But now I don’t know. I think we’re going to get married, but no party.”