She may be taking on a qualifier, but Casey Dellacqua will be ready for the confident Anett Kontaveit as she looks to replicate her US Open run of 2014. 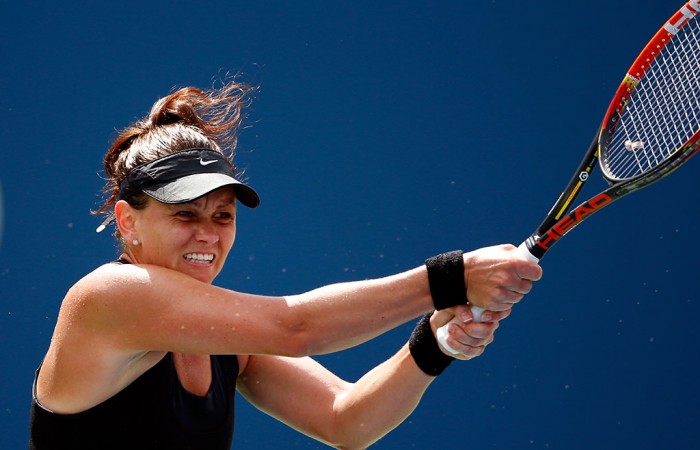 Casey Dellacqua returns to New York with fond memories of her US Open run 12 months ago.

There, at Flushing Meadows, the West Australian reached the second week for the first time in her career, stunning now world No.8 Karolina Pliskova on her way to the fourth round.

This year Dellacqua will open her campaign against Estonian qualifier Anett Kontaveit.

Yet despite her opponent’s ranking of No.152, she says she will have to be ready to go from the first ball if she hopes to advance and possibly replicate her run of 2014.

“I have played her and I know what to expect and that’s going to be a really tough match, she’s a really good competitor. I have to be on my game, and really sharp and really ready to go.

“I know it’s clichéd but I’ll be concentrating on my first match and then as the week goes on, you never know. Last year I struggled through my first couple of rounds and then the tennis got better and better.

“I’ll put in my final preparations in the next couple of days and then hopefully I’ve got a lot of experience now and I know how to handle maybe a few more situations so hopefully I can use that to my benefit.”

Dellacqua, currently ranked 60th after peaking at No.26 in September last year, has now been in the United States for three weeks preparing for the year’s final Grand Slam tournament.

She qualified in Cincinnati but missed qualifying in New Haven because of her deep run in the Cincinnati doubles draw alongside Yaroslava Shvedova.

Despite her doubles success impacting on her singles schedule, the 30-year-old believes this actually helps her singles prospects, rather than hindering them.

“All in all I’ve had a lot of tennis and in a competitive situation whether it be doubles or whatever. So I feel good, I’ve hit a lot of balls, and I’m ready to go,” she said.

“Doubles has always helped me; I’m much more of a competitor than wanting to practice for hours on end. You can’t beat being in a match situation under pressure.

“I’ve had lots of success in doubles here obviously as well so I feel good on the hard courts, it’s probably one of my better surfaces.”