Kokkinakis, Groth out of Winston-Salem

Thanasi Kokkinakis and Sam Groth have both been beaten in the second round of the Winston-Salem Open. 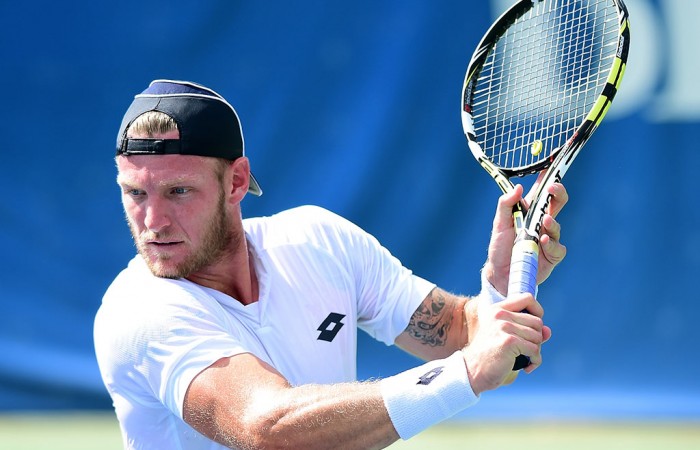 Thanasi Kokkinakis and Sam Groth have been beaten in the second round of the final ATP tournament before the US Open.

Kokkinakis couldn’t back up one of the biggest wins of his career in the opening round when he accounted for world No.39 Alexandr Dolgopolov.

Johnson, the world No.49 and tournament 13th seed, sent down 15 aces to Groth’s 13 in a battle of the big servers.

Kokkinakis and Groth will now head to New York to prepare for the US Open starting next week while Johnson will meet the winner of the clash between Jo-Wilfried Tsonga and Denis Istomin in the third round. Gabashvili will next play either Viktor Troicki or Malek Jaziri.