Thanasi Kokkinakis has returned to the top 70 after a strong showing in Cincinnati, while Jordan Thompson and Sara Tomic have achieved career-high rankings. 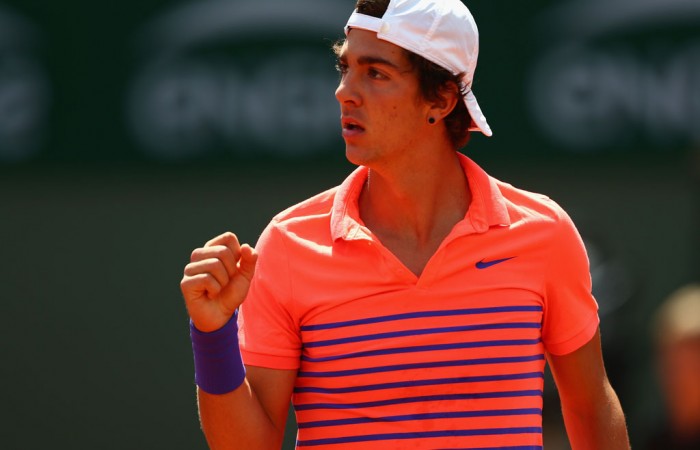 A strong showing at last week’s Cincinnati Masters has boosted Australian young gun Thanasi Kokkinakis back inside the top 70.

Kokkinakis, who qualified for the tournament and then beat world No.31 Fabio Fognini in the first round, vaulted nine places to 70th, leap-frogging world No.72 John Millman for the fourth Australian ranking.

The South Australian Kokkinakis peaked at No.69 in June.

John-Patrick Smith’s trip to the final of the Vancouver Challenger has boosted the Queenslander to 121st in the rankings.

The left-hander rose 15 places following his latest success – he won the Drummondville Challenger earlier in 2015 – and now sits at a career-high ranking.

The Sydneysider, who currently owns a 10-match winning streak, rose 21 places to a career-best ranking of No.193.

In the process, he also rose to 10th in the Australian rankings, overtaking Luke Saville.

Among the women, Sara Tomic was the most impressive mover, jumping 35 places to world No.493.

Her debut inside the world’s top 500 is a career-best ranking for the 17-year-old, who reached the final at the recent ITF event in Sharm El Sheikh.

Tomic has played regularly in the Egyptian resort city in 2015, winning one title and reaching a further three finals.