Nick Kyrgios and Bernard Tomic have both gone down in straight sets at the ATP Cincinnati Masters, leaving Thanasi Kokkinakis as the only Aussie remaining in Ohio. 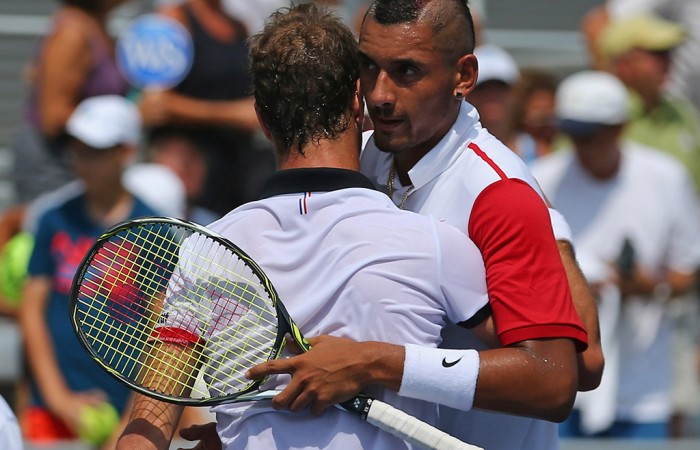 Australia’s Nick Kyrgios has been eliminated from the Cincinnati Masters, going down 6-2 6-1 in the first round to his Wimbledon fourth-round conqueror Richard Gasquet.

The 12th-seeded Frenchman took just 56 minutes to brush aside Kyrgios, who was broken four times and produced seven double faults in a forgettable second set.

He now heads to the US Open in less than a fortnight with little in the way of hard court match play under his belt.

Gasquet moves through to a second-round clash with Kyrgios’ compatriot Thanasi Kokkinakis.

Also going down was Bernard Tomic, who fell in 54 minutes to qualifier Alexandr Dolgopolov.

After winning impressively in his opening match, Tomic was no match for the Ukrainian in the second round, falling 6-4 6-1.