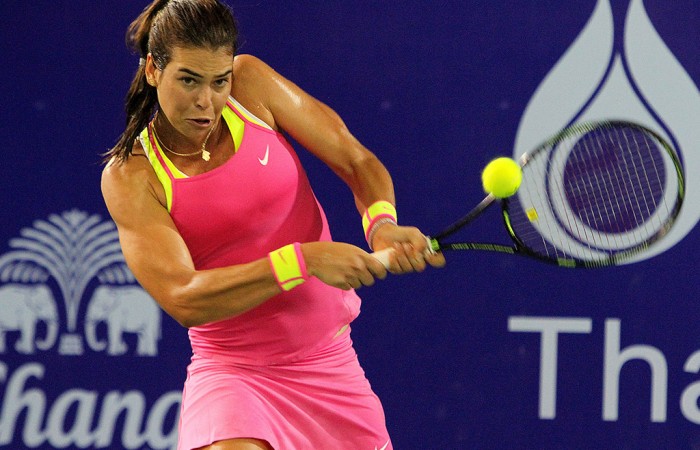 Martincova ousted the second seeded Tomljanovic 6-1 4-6 6-1 in one hour and 50 minutes.

Tomljanovic struggled against the world No.199, spraying six double faults and winning less than half her first serve points.

Martincova advances to a quarterfinal meeting against No.5 seed Bethanie Mattek-Sands.

Meanwhile, Sam Groth was knocked out of the Atlanta Open in a 7-5 3-6 6-3 second-round loss to Marcos Baghdatis.

Battling high temperatures at the hardcourt tournament on Wednesday, the Australian produced a sizzling serve clocking 240km/h but succumbed to the Cypriot in their first career meeting.

Groth is in for a well-deserved break, as just this month, he has bounced between Wimbledon, Darwin, Bogota and Atlanta as he aims to further build on his best year yet in which he’s risen to No.62 in the world rankings.

Baghdatis will face Vasek Pospisil in the quarterfinals after the Canadian overcame cramps to outlast Yen-Hsun Lu.

The temperature was 35 degrees Celcius and Pospisil looked unsteady on his feet after losing the second-set tiebreaker. Cramping in his legs caused him to fall to the court in the third set, but he continued without a delay.