Todd Talks: the growth of Groth

It may have seemed unlikely to Todd Woodbridge a few years ago, but the doubles legend believes Sam Groth's late-blooming success is a testament to the popular Victorian's character. 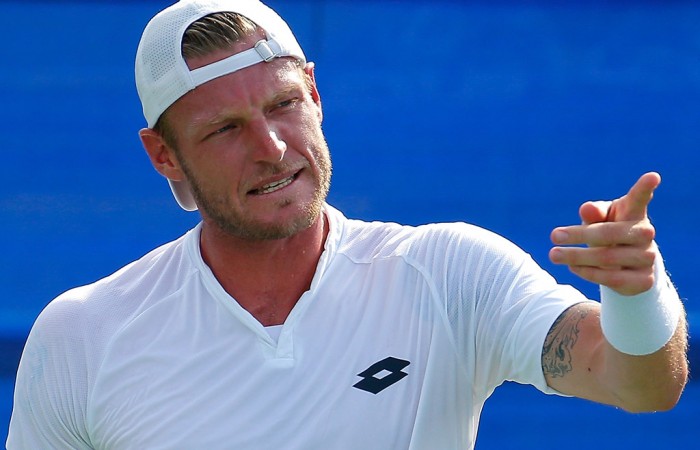 Middle Saturday, third round at Wimbledon was where Australian Sam Groth fulfilled a lifelong dream of playing on Centre Court against none other than Roger Federer.

Most expected a routine win for Federer but as it turned out Groth ended up as the only man – barring eventual champion Novak Djokovic – to take a set from the seven-time champion.

Two weeks later and that Centre Court experience catapulted Groth to a stunning fourth-rubber win against Kazakhstan’s Mikhail Kukushkin and helped Australia to reach the Davis Cup semifinals for the first time since 2006.

If you had asked me three years ago whether this was possible, I would have said it was highly unlikely.

To be consistent on tour you need discipline both on court and off, to be at peak physical and mental fitness, and to know what your game style is. And acknowledging these factors has led to a huge turnaround for Sam.

In the past Sam lacked the ability to concentrate for long periods of time. He was an erratic ball-striker who played from the back of the court trying to be a baseliner with a big serve. With increased maturity and under the direction of coach Ben Mathias, he now recognises that having a serve that results in winning an average 87 per cent of service games a year gives him the ability to put his opponent under some serious pressure.

So the focus has been on building pressure on the return games, and implementing a game plan that includes rushing the opponent with chip charging, changes of pace and no rhythm. This is something players like Pat Rafter, Greg Rusedski and Richard Krajicek did so well.

The next step was to get fit. The reality was Sam was strong but cardiovascular-wise couldn’t sustain an hour of on-court workouts. If you are going to challenge in the modern game you need to be able to last for at least four hours. Mathias prides himself on his own level of fitness and so he spoke honestly to Groth; he is often quoted as saying “if I’m working harder than you in the gym and on track, then something is wrong!”

The biggest turn around I see though has come through a new willingness by Sam to listen and take advice. For years his friends, coaches and mentors have tried to get these messages across and finally that penny has dropped.

Sam should be applauded for having the guts to recognise his weaknesses and make the changes. He made a clear and conscious decision to totally commit to being a tennis player, not just a tennis tourist. It’s never easy to look yourself in the mirror and admit your faults.

He needs to know that his family, friends and those that have been on the journey with him are proud of what he is achieving.

Momentum is a wonderful thing and looking ahead to the US Open Series, Sam is primed to reach further career highs. The grasscourt season has set him up for further breakout moments on the hard courts and, believe me, there are not many players on tour who would be happy to see his name in their section of the draw.

Groth’s coming-of-age couldn’t have come at a more perfect time for Australian tennis.

He showed in Darwin that he is a force to be reckoned with, and in Sam we now have a mature player who understands where he has come from, certainly recognises some of the errors he has made in the past, and now has the knowledge and experience to lead by example.