Bernard Tomic has taken his winning streak in Bogota to eight after advancing to his second straight Claro Open Colombia final. 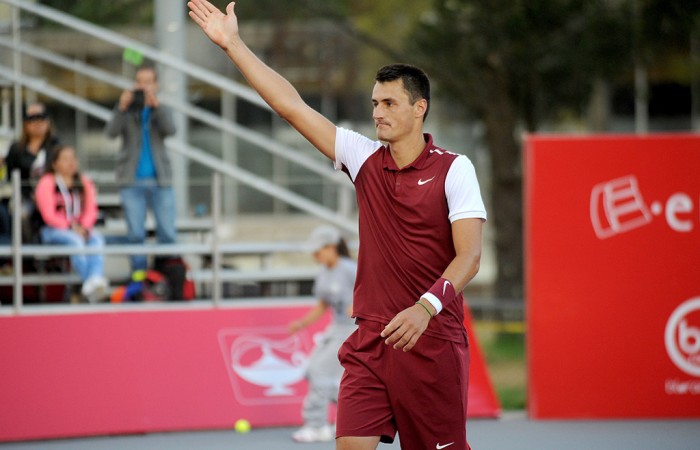 Bernard Tomic defeated Michael Berrer of Germany to reach the Claro Open final for the second year in a row on Saturday.

The second-seeded Tomic, ranked 29th in the world, was broken in the third set but recovered to clinch the victory in the tiebreaker, giving himself a chance at securing his third career title.

He completed the two hour, 18 minute victory with a perfect 23 aces against no double faults.

It is the second career final for the 33rd-ranked Mannarino, who this year was runner-up in Auckland.

Karlovic, ranked 23rd and who reached last year’s Bogota final before falling to Tomic, served 17 aces and didn’t allow a break point against Mannarino, yet struggled in both tiebreakers.