Defending champion Bernard Tomic scraped through to the quarterfinals in Bogota, while a hectic travel schedule may have finally caught up with Sam Groth. 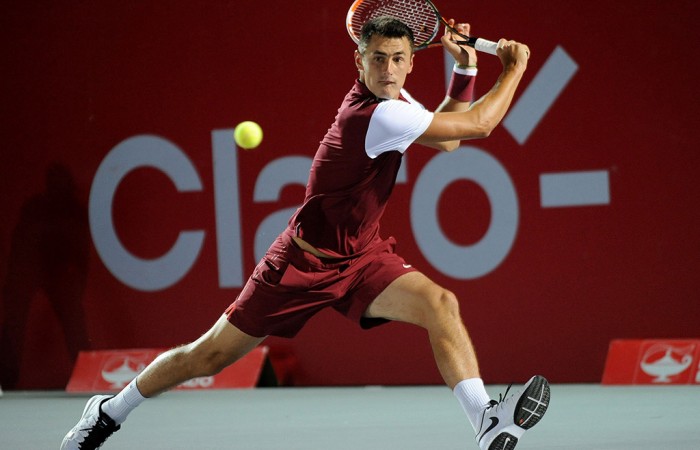 Defending champion Bernard Tomic is through to the quarterfinals of the ATP Claro Open Colombia in Bogota.

Meanwhile, a hectic travel schedule may have finally caught up with Sam Groth, with the big-serving Australian losing in straight sets to Radek Stepanek in the second round.

Groth, who has bounced from Wimbledon to Darwin to produce his Davis Cup heroics and then straight to Colombia within a month, fell 6-4 6-0 to the Czech world No.369 on Thursday.

Currently ranked 64th in the world, Groth starred alongside Lleyton Hewitt to lead Australia to a stirring come-from-behind 3-2 win over Kazakhstan last week.

In his first-round win over Argentina’s Guido Pella, the 193cm-right hander served 26 aces, including 11 in the decisive third set, to set up the Stepanek duel.