Groth wins first up in Bogota

Sam Groth has continued his winning ways following his Davis Cup heroics, advancing to the second round of the ATP Claro Open Colombia in Bogota. 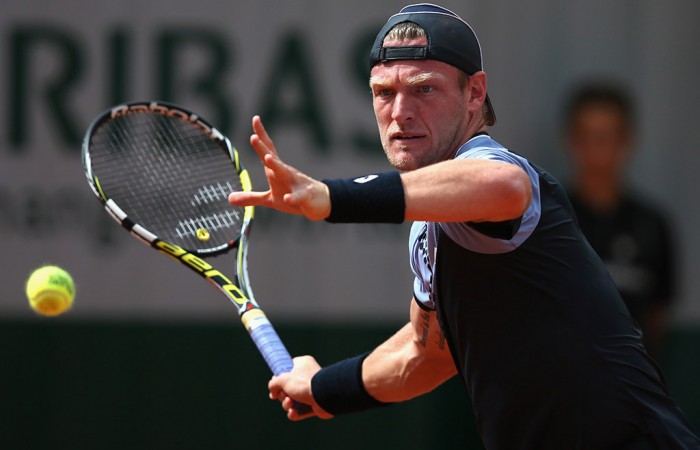 Fresh from his Davis Cup heroics in Darwin with the Australian tennis team, Sam Groth is through to the next round of the ATP World Tour’s Claro Open in Bogota.

But it was not all smooth sailing for the tournament No.6 seed as he was taken to three sets by Argentina’s Guido Pella, before advancing 7-5 4-6 7-5.

Twenty-six aces helped the Victorian seal victory in one hour and 49 minutes.

Groth, who is currently ranked 64th in the world, starred alongside Lleyton Hewitt to lead Australia to a stirring come-from-behind 3-2 win over Kazakhstan last week.

The New South Welshman’s win in Bogota was a welcome victory for Australian players after Matthew Ebden and John Millman both lost their first round matches the day before.

Another Aussie, Bernard Tomic – the No.2 seed who received a first-round bye – will play his second round match on Thursday against Spaniard Adrian Menendez-Maceiras.

Tournament eighth-seed James Ward was also a first-round casualty when he was knocked out by Germany’s Michael Berrer.

Ram, who won the Hall of Fame Championships last week, held on for a 6-4 3-6 6-3 victory to set up a second-round clash with third-seeded Frenchman Adrian Mannarino.

Teenage Colombian wildcard Daniel Elahi Galan made it through after he saw off Pere Riba of Spain with a hard-fought 7-6(3) 6-3 win and now faces top seed Ivo Karlovic next.