Sam Stosur has opened her WTA Bastad campaign with a 64-minute rout of Julia Gushko on Monday. 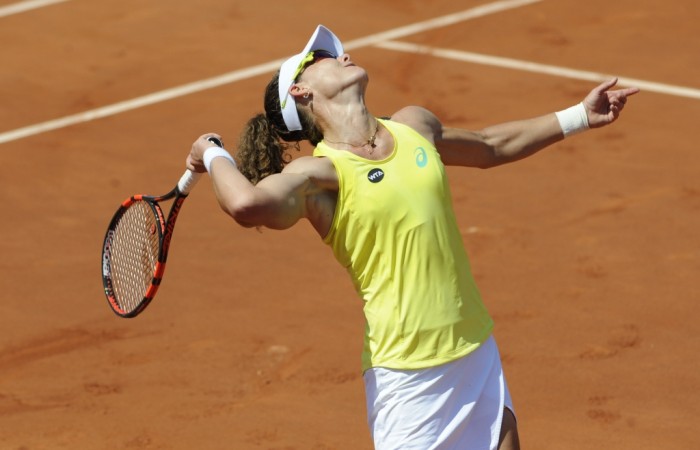 Sam Stosur’s Bastad campaign has begun on the best possible note with a commanding first-round victory on Monday.

The Australian, seeded No.2 at the Swedish claycourt event, routed Julia Glushko of Israel 6-1 6-1.

The 64-minute victory set up a second-round showdown with either Swedish wildcard Sofia Arvidsson or Spaniard Lara Arruabarrena, who ousted her in Charleston.

It was a serving clinic from the world No.23, who landed four aces, won almost three-quarters of her first-serve points and saved all four break points she faced.

Stosur’s claycourt record in 2015 now stands at an impressive 11-4.