UPDATE: John Peers and Jamie Murray's stellar Wimbledon run has come to an end in the final at the hands of fourth seeds Jean-Julien Rojer and Horia Tecau. 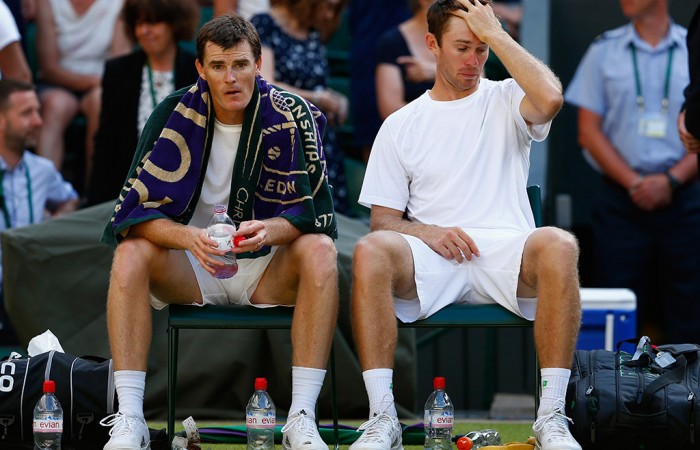 John Peers and Jamie Murray’s stellar Wimbledon run has come to an end in the final at the hands of fourth seeds Jean-Julien Rojer and Horia Tecau.

Peers and Murray had break points in the opening game of the match, yet could not convert; in the ensuring tiebreak, they closed the gap from 6-3 to 6-5 before Rojer and Tecau won a thrilling point after a succession of overheads.

An immediate break in the second set, and a service break in the ninth game of the third set, helped the Dutch-Romanian pairing to the title.

“I felt they got momentum early and that was the difference. I felt if we could have snuck out a break out early, things could have gone completely different,” Peers said.

“I think that was the biggest difference. They started a little better and hung in there early. We just didn’t take our chances when we had a few half chances early.”

It is the first major doubles title for both men; Tecau had previously fallen in three Wimbledon men’s doubles finals.

“It was a good tournament for us. We got to the final of Wimbledon, which is not so easy to do,” Murray reflected.

“Sad to lose. But I guess overall it was a positive tournament.”