John Peers and Jamie Murray have continued their stunning run at Wimbledon, advancing to the final with a four-set win on Thursday. 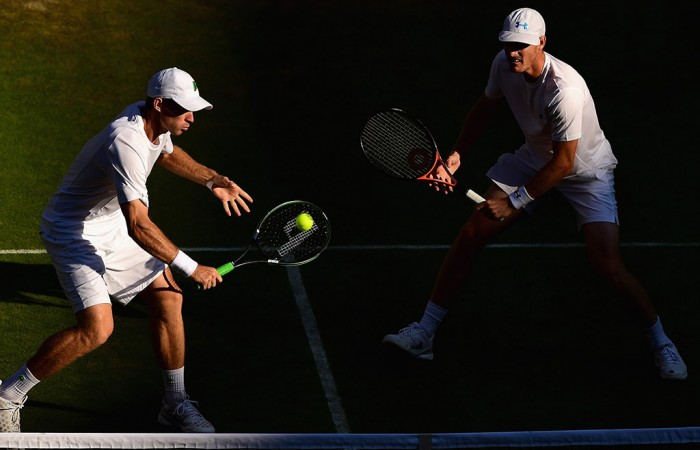 John Peers and Jamie Murray have continued their stunning run at Wimbledon, advancing to the final with a four-set win on Thursday.

The Aussie-Scottish pairing will face No.4 seeds Jean-Julien Rojer and Hora Tecau, a Dutch-Romanian duo.

Peers knocked off the winning volley to cement his team’s place in the final.

“I think at the end of the third set, John started to play a lot of great returns. Then at the beginning of the fourth set, again, we got a great start. We kept that momentum going forward. You could see that they kind of visibly went away a bit,” Murray said.

“I mean, we got through. Exciting for us to play the final. We’ll look forward to that on Saturday.”

Peers, from Melbourne, said he was thrilled to be in the final given his recent race to get fit after tearing his groin at Queen’s in the lead up to the tournament.

“Then it’s got going. Touch wood, it’s got back to normal.”