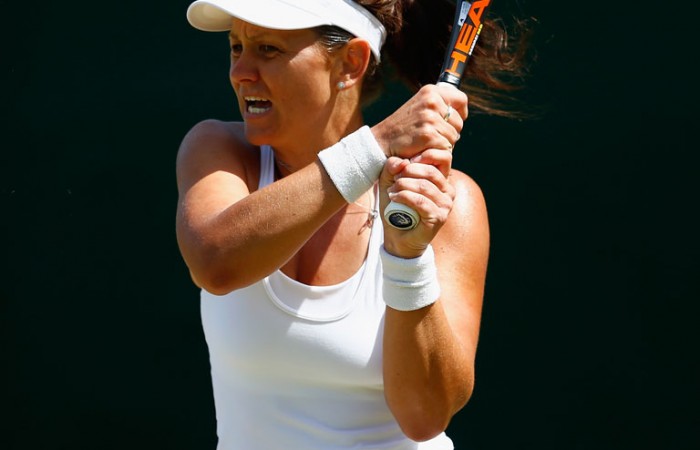 Pole Agnieszka Radwankska has ended Casey Dellacqua’s Wimbledon campaign with a ruthless straight-sets third-round win at the All England Club.

Dellacqua had been striving to reach the last 16 for the first time to match her career-best Grand Slam runs in Melbourne and New York.

Alas, it was more of the same as Radwanska scored another two-set victory in a one-sided rivalry between the pair.

Radwanska had conceded only seven games in four previous sets against Dellacqua.

Even after falling behind 4-0 in the second set in their latest encounter, she managed to wriggle free to deny the West Australian and progress to a last-16 meeting on Monday with defending champion Petra Kvitova or Jelena Jankovic.

Free-swinging Dellacqua clubbed 18 winners to 11 but ultimately paid the price for pressing too hard as 32 unforced errors to Radwanska’s seven proved the difference on Show Court 18.