Dellacqua to turn up the heat at Wimbledon

Casey Dellacqua is determined to turn up the heat on Ukrainian seed Elina Svitolina with Wimbledon temperatures set to soar to record highs. 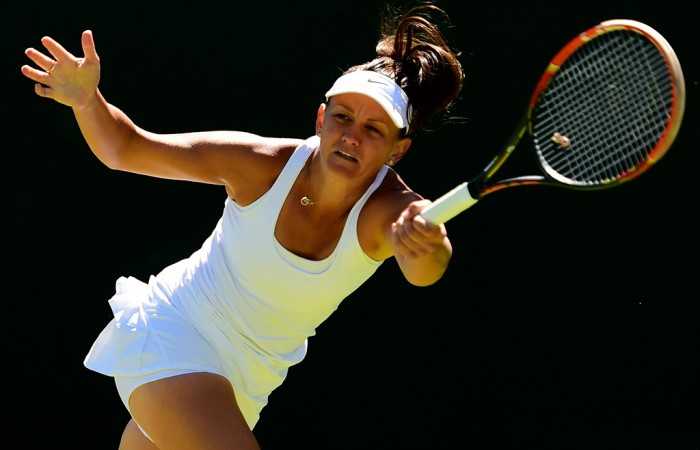 Casey Dellacqua is determined to turn up the heat on Ukrainian seed Elina Svitolina with Wimbledon temperatures set to soar to record highs.

Wimbledon organisers drew up emergency measures on Tuesday as temperatures hit 30, with the mercury expected to rise to further later in the week.

The hottest ever day recorded at the tournament was 34.6 degrees – a figure officials fear could be passed this week.

The 30-year-old is hoping that will pay off as the heat rises in SW19.

“It’s great when it’s hot – I love it,” Dellacqua said after cruising past Austria’s Tamira Paszek 6-2 6-2 on Tuesday.

“The hotter the better.”

The wily left-hander wasted little time on Tuesday, breaking the two-time Wimbledon quarterfinalist twice in the opening three games as she snatched the first set in just 24 minutes before rounding out the victory in under an hour.

Despite a chronic foot injury, which ruled her out of subsequent tournaments in Strasbourg and Rome, Dellacqua says she’s reaching peak fitness and looking to improve on her best-ever Wimbledon finish when she reached the third round in 2008.

“I was pretty underdone at the French,” she admitted.

“But the last couple of weeks I’ve been able to get back out on the singles court and practice hard and do the things I needed to do. I certainly feel great.”

Dellacqua will next face the 17th-seeded Svitolina for a spot in the third round and the French Open doubles finalist says she’ll take plenty of confidence into Thursday’s match.