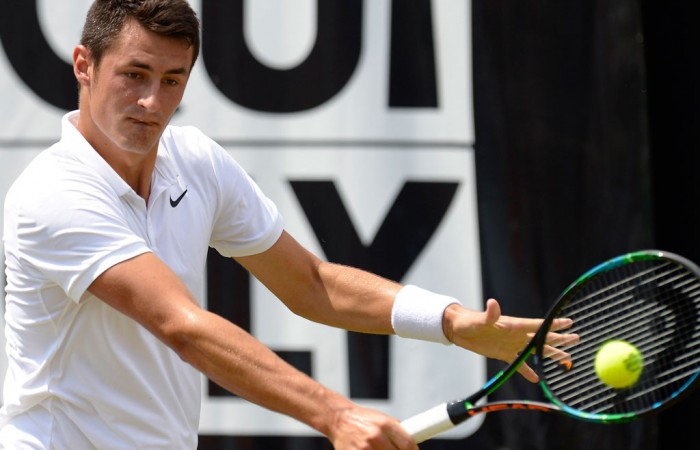 Nadal required almost two-and-a-half hours to defeat fifth seed Tomic, beating the Australian for the third time in their first meeting on grass. .

He could have been home a winner in straight sets after going up a break in the second set and again holding a 4-2 lead in the tiebreaker eventually won by Tomic, who saved a Nadal match point with an ace.

Nadal progressed to the semifinals, but only after saving two break points in the seventh game of the third set and coming through on his second match point a game later. Nadal now meets Frenchman Gael Monfils in the final four.

“I had a great first set and in the second he played well,” Nadal said after his hard-fought win. “My game was at a good level, I’m happy with how I handled things. It was a very positive win, a good one for me.”

Sam Groth also fell in the Stuttgart quarterfinals, Viktor Troicki progressing with a 7-6(3) 6-1 win in one hour, nine minutes to set up a semifinal with second seed Marin Cilic.