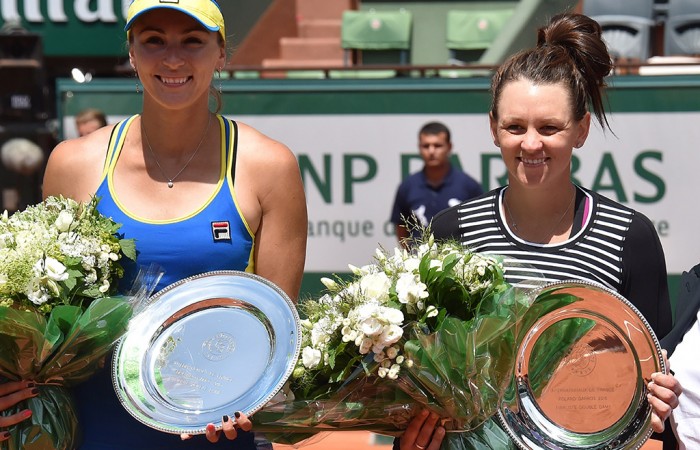 Dellacqua and the Kazakh went down 3-6 6-4 6-2 to singles runner-up Lucie Safarova and the Czech’s American partner Bethanie Mattek-Sands in Sunday’s championship match.

The defeat continues the West Australian’s run of outs in major finals after she lost the Australian Open, Wimbledon and US Open title matches in 2013 with compatriot Ashleigh Barty.

It was Dellacqua’s second finals near miss in Paris after the 30-year-old and former singles champion Francesca Schiavone lost in three sets to Spaniards Anabel Medina Garrigues and Virginia Ruano Pascal in 2008.

Dellacqua, though, has enjoyed some success at Roland Garros, having teamed with American Scott Lipsky to land the mixed doubles crown in 2011.

The best player on court in Sunday’s final, Dellacqua earned $165,000 for her handy work.

The victory was a nice consolation for Safarova after the left-hander succumbed in three sets to world No.1 Serena Williams on Saturday’s thrilling women’s singles final.

Safarova and and Mattek-Sands each collected $330,000 for winning the title.

For Mattek-Sands, the win also completed a doubles double after she also took out the mixed event on Friday with countryman Mike Bryan.