One believer, other than Sam Stosur, giving the Australian underdog a shot of ending Maria Sharapova's French Open title defence on Friday is David Taylor. 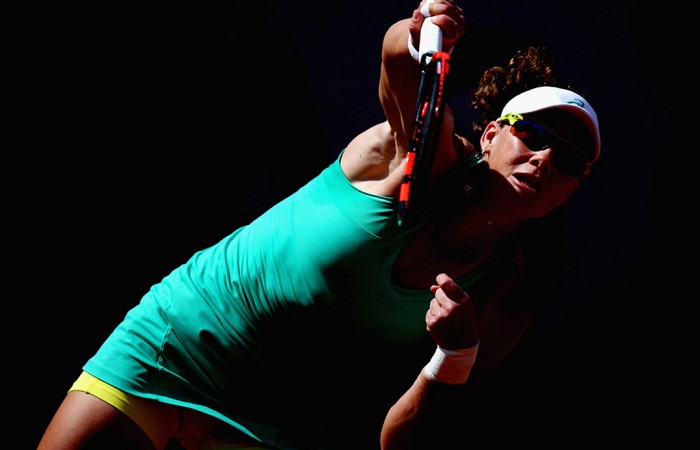 One believer, other than Sam Stosur, giving the Australian underdog a shot of ending Maria Sharapova’s French Open title defence on Friday is David Taylor.

Stosur’s claycourt resurgence has coincided with her reunion last month with Taylor and the Queenslander’s former long-time coach has no doubt the 2010 Roland Garros runner-up can take the fight to Sharapova.

Stosur stood within two games of beating Sharapova in the fourth round last year before conceding the last nine games as the Russian powered to her second title in Paris.

“Sam’s obviously got a game from the ground and from her serve that gets her opponents off balance and out of their hitting zone,” Taylor told AAP ahead of the Court Philippe Chatrier duel scheduled as the third match on Friday (from about 2330 AEST).

“But with Sharapova it’s not so much of an advantage because she’s so tall and physically imposing.

“But then there’s a lot of other things that Sam can do on clay that you saw last year, so there’s not much in it.

“Sam’s probably in a better state of mind this year than last year because she sort of mentally lost that match. Being only two points away and then suddenly you lose nine straight games, there’s something mental there.

“So, look, she’s definitely an underdog but with a chance.”

Taylor says the challenge before Stosur can’t be overstated and, regardless of the outcome, his charge has shown in the past month she can be a Grand Slam contender again.

“People don’t talk about it that much and she didn’t play that well at the start of her career on clay.

“The good thing at least is Sam’s beaten her a couple of times so that’s a mental hurdle cleared.

“She’s a player Sam’s really struggled with but she eventually did beat her, so I think that’s massive and Sam really has nothing to lose at all – no points, no ranking.

“Because she hasn’t been doing that well the past year, a lot of pressure’s off in many ways so I think she’s got a chance.”

The victor will play either Czech Lucie Safarova or German Sabine Lisicki on Sunday for a place in the quarterfinals.