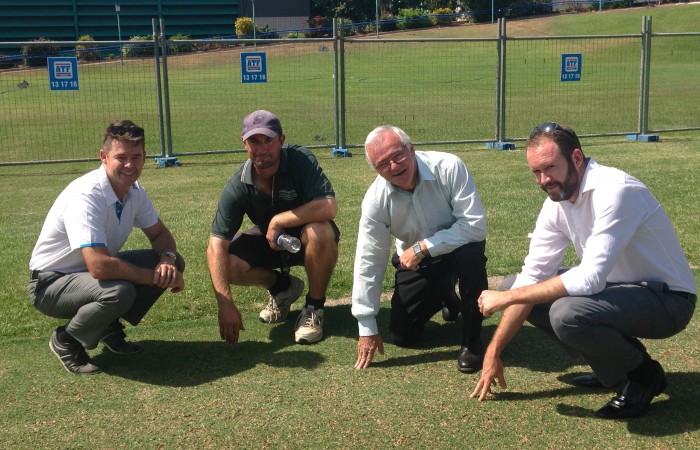 The courts are being prepared to host world class tennis when the Davis Cup by BNP Paribas World Group quarterfinal tie between Australia and Kazakhstan takes place from 17-19 July.

Construction of the temporary grass courts, which comprise a grass variety known as Legend Couch, is progressing well. Temporary grandstands will arrive next month to seat about 4500 spectators who will be treated to Australia’s first World Group quarterfinal since 2006.

Sport and Recreation Minister Gary Higgins today met Woodbridge at Marrara, where they also took a look at the proposed site of the Northern Territory Regional Tennis Centre. The proposed site for the tennis facility is adjacent to Larrakia Park.

“Tickets are selling fast for the Davis Cup and there is a great deal of excitement among tennis fans both here in the Territory and across Australia,” Minister Higgins said.

“We’re expecting a significant number of interstate and international visitors for this event, and I was pleased to welcome back Todd Woodbridge to Darwin, a legend of the game and part of Australia’s winning Davis Cup teams in 1999 and 2003.

“This event will showcase Darwin as an iconic tourism destination during our enviable Dry Season period. Broadcast coverage of this event will also promote Darwin to a wide international audience.”

“We’ve committed $8 million towards the construction of an NT Regional Tennis Centre here at Marrara that will provide a first-class home for tennis in the Territory.”

“Darwin is the perfect place to hold a Davis Cup tie in the middle of winter. It’s fantastic to see the grass courts taking shape and I know both teams will be excited to play here in mid-July,” he said.

“The proposed NT Regional Tennis Centre is an important step towards growing the sport in the Top End and strengthening grassroots and high performance tennis in Darwin.

“The world-class venue will give the Territory more opportunities to attract and host major tennis events like the Davis Cup while also providing a top quality facility for the local community.”

“The facility will also be designed to provide a range of multi-use facilities including community meeting and education rooms, a flexible show court for the staging of sports and cultural events, conference and function capabilities and an administrative and media space,” he said. 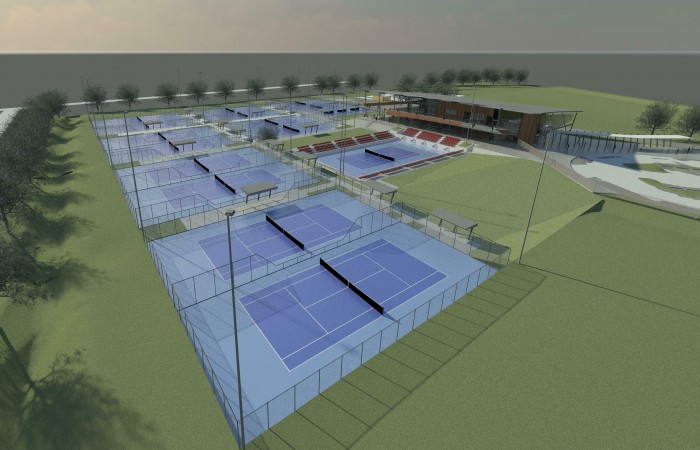 Tickets to the Davis Cup by BNP Paribas World Group quarterfinal tie in Darwin are available through Ticketek http://premier.ticketek.com.au/.