Bernard Tomic and Thanasi Kokknakis have set up their third clash of 2015 after both advanced to the second round of the French Open with four-set wins on Monday. 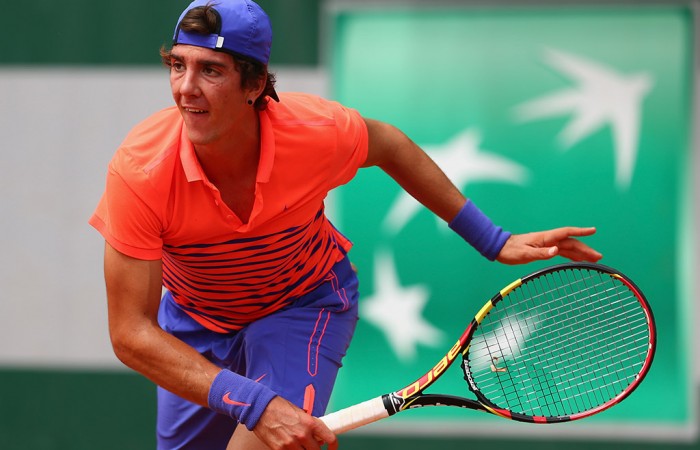 Still struggling with a virus that forced his withdrawal from last week’s Nice Open, Bernard Tomic dug in for an impressive 6-3 3-6 6-3 6-4 victory over Italian qualifier Luca Vanni on Monday at Roland Garros.

Tomic’s first victory at Roland Garros since 2012 was followed later in the day by a victory for Thanasi Kokkinakis, who enjoyed a 3-6 6-4 7-6(4) 6-2 success over Georgian qualifier Nikoloz Basilashvili.

The wins set up a second-round showstopper between the Davis Cup teammates, which will be their third meeting of 2015.

Tomic won both encounters, in Brisbane and Indian Wells.

“It was not easy. He (Vanni) beat me before, so I was very happy to win,” Tomic said of the Italian who ousted him in the opening round in Madrid just a few weeks ago.

“I wasn’t feeling that good. Still sick. I’m getting better, but still a little bit down. So it was tough out there.

“Everything felt much, much longer than it was. I was really feeling the fatigue out there. Happy I won in the end.”

The reward for Wednesday’s victor in the match between Tomic and Kokkinakis is a likely third-round shot at world No.1 Novak Djokovic.

“Yeah, I’d love to get a crack at Novak, but Bernie is a tough task,” Kokkinakis said after claiming his first-ever win at Roland Garros.

“I’ve got to go out and try and play the ball. I know his game and he knows mine. I think we know what each other is going to try to do.”