With history on the line for Novak Djokovic at the French Open, who presents an obstacle to his success? Todd Woodbridge argues that the biggest threat may come from within. 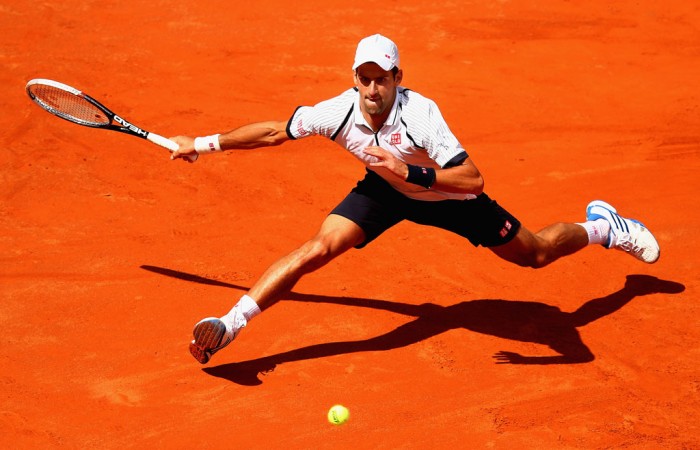 A piece of tennis history hangs in the balance over the next three weeks – can Novak Djokovic place himself among tennis’s immortals by winning at Roland Garros and completing a full set of Grand Slam titles?

If you go by form it’s a fait accompli. Novak has dominated the sport this year and arrives in Paris on a 22-match win streak, his last loss being to Roger Federer in Dubai in February.

If you were to put a short list together of players who may challenge Djokovic, it is a list of the usual suspects.

Federer, the world No.2, is playing as classically as ever but as his loss to Djokovic in the Rome final showed, he doesn’t hold the intimidation fact he once did.

Andy Murray is as fine-tuned and confident as he has ever been coming into Paris, but the reality is he has a better chance of knocking off Novak at Wimbledon where the parochial crowd can become involved.

Rafael Nadal continues to struggle with confidence and he could walk out with all nine Roland Garros trophies under his arm, but that wouldn’t worry Novak this year.

So who can beat him? The biggest threat comes from within.

There’s a fine line between being prepared and overdone, and my sense is he now has placed enormous pressure on himself due to the brilliance of his season so far.

Regardless of who you are it wouldn’t be human not think about the streak and when the inevitable loss may come. Perhaps it may have been better to have lost a match over the last month, just to release the pressure valve a little and redirect some attention to the others.

Even the greatest can be affected by their own expectations. I vividly remember watching Roger Federer is his quest to win an Olympic singles gold; he fell short in the final and on that day he was flat. Sometimes knowing how close you are can cause you to expend an enormous amount of emotional energy.

So the biggest factor over the next couple of weeks for Djokovic will be coping with his nerves. Both physical and mental strength are tested more on clay than any other surface, and it will be absorbing viewing.

Fortunately for Djokovic, no player is presently better equipped to deal with this.