Daria Gavrilova has surged into the top 50 following her semifinal exploits in Rome last week, while Thanasi Kokkinakis continued to rise after his first Challenger tournament victory in Bordeaux. 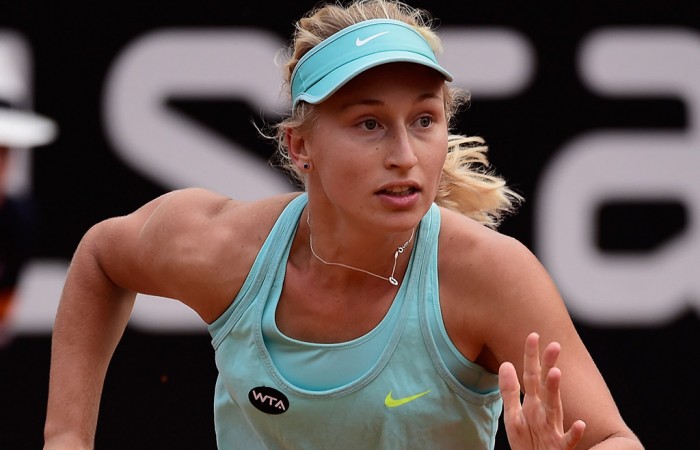 Russian-born Aussie Daria Gavrilova has enjoyed a huge surge in the rankings following her thrilling run to the Internazionali BNL d’Italia semifinals in Rome last week.

Gavrilova began the week in qualifying and won six straight matches – including a win over No.7 seed Ana Ivanovic – before being stopped by eventual champion Maria Sharapova in the last four.

Her reward was a jump of 33 places to world No.45; she is now the third-ranked Australian behind Sam Stosur (26th) and Casey Dellacqua (44th).

Another notable mover on the women’s side was the ACT’s Alison Bai, who rose 16 places to a career-high ranking of 355th after reaching the second round of the $50,000 ITF event in Kurume, Japan.

Also making moves was Sara Tomic; the Queensland teen jumped 114 spots to No.906 after progressing to the quarterfinals of a $10,000 ITF tournament in Heraklion, Greece.

Meanwhile, Australia now has six Australian men in the top 100 thanks to Marinko Matosevic’s return to the fold this week.

The biggest mover within this group was Thanasi Kokkinakis, who rose 15 places to world No.83 after capturing his first career ATP Challenger title in Bordeaux, France.

Also continuing to rise this week was Matt Ebden; the West Australian improved his ranking by a further 30 places to 206th after reaching the semifinals of the Challenger event in Samarkand, Uzbekistan.

Ebden has bolstered his ranking by more than 150 places since early April.

Matthew Barton also maintained his progression up the rankings, rising 14 spots to No.324 thanks to qualifying for the Seoul Challenger and then reaching the second round.

Young Aussie Jacob Grills, 19, rose 101 places to a career-high ranking of 572nd; the move was a result of his victory at the recent Thailand F3 Futures event.